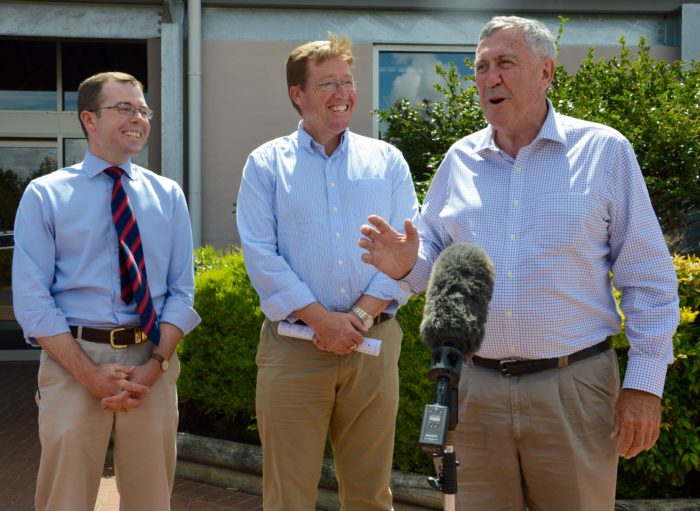 NORTHERN Tablelands MP Adam Marshall has welcomed a $90 million commitment by Deputy Premier Troy Grant and Roads Minister Duncan to upgrade the Newell Highway north of Moree if the NSW Government is re-elected on Saturday.

The Deputy Premier and Minister Gay made the announcement while in the electorate last week.

Mr Marshall said he was delighted the region would secure its fair of the $500 million set aside to improve the Newell Highway across the state, should the government be returned.

“The Newell is the spine of country NSW carrying billions of dollars’ worth of commodities across country NSW and interstate each year and it is vital we continue improving highway to increase safety and freight efficiency.

“This funding will be used to construct further passing lanes on the highway and improve the road pavement, including widening in some sections.

“This will dovetail in well with the Federal funding for the highway from Boggabilla north which is also a vital investment.

“By improving road infrastructure we reduce the cost of freight which in turns contributes to the bottom line at the farm gate,” he said.

“We’ve seen already over the last few years the sort of investment we should be receiving and this will pay great dividends in the years to come.

Mr Marshall said in this year’s budget alone, more than $4 billion was being spent improving roads across country NSW.

“Over the past 21 months I’ve been proud to work alongside our local councils and communities to gain more than $104 million to improve our bridges and roads and I want to do the same for Moree Plains Shire,” he said.