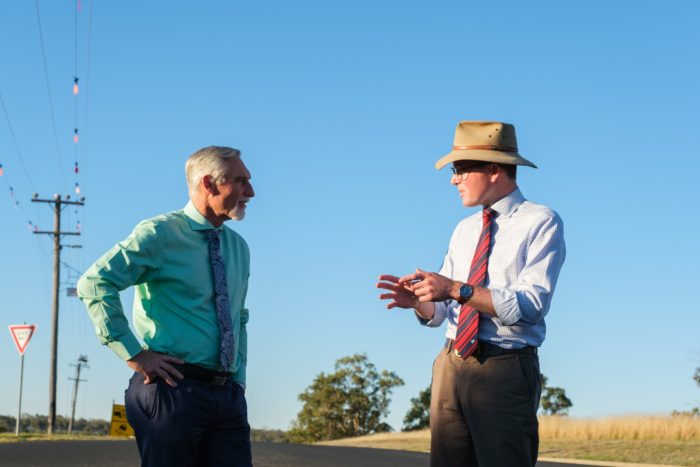 In the last 12 months, council has received $4.4 million to upgrade numerous local roads from this fund.

Mr Marshall said the latest tranche of money would address community concerns about traffic flow and vehicle access in and out of the new hospital.

“The recent redevelopment of the Inverell District Hospital resulted in the facility’s main entrance being moved from Swanbrook Road to Moore Street,” Mr Marshall said.

“Traffic on Moore Street is constant as it links residential neighbourhoods and provides the most direct route from the Gwydir Highway to Inverell Hospital, Macintyre High School, Holy Trinity School and McLean Care retirement village.

“In order to facilitate the smooth and safe transition of vehicle movements, the project will involve resealing and widening part of a one-kilometre section.

“Drainage will be upgraded and the crest lowered to increase sight distance for motorists.

“Importantly a turning lane will be added into the hospital to facilitate increased traffic and emergency services vehicles.

“I want to recognise the work council has done with NSW Health Infrastructure to respond to road users concerns and congratulate it on efforts to access funding for this important project.”

“Moore Street is one of Inverell’s busiest streets and this project has been the result of council working with Adam to improve safety at the hospital entrance,” Cr Harmon said.

“This funding is a big win for the Inverell community and will have a direct benefit for the safety of residents and emergency services accessing the hospital.

“Local contractors will be engaged to undertake works, which will create jobs for Inverell’s economy.

“A total of 50 per cent of the project expenditure will be made in Inverell LGA. Works will start early in 2022 and take approximately 12 months.

“Council will communicate with the community about changed traffic conditions as they occur.”