$9,152 PRESERVES HISTORY AT GLEN INNES LAND OF THE BEARDIES MUSEUM 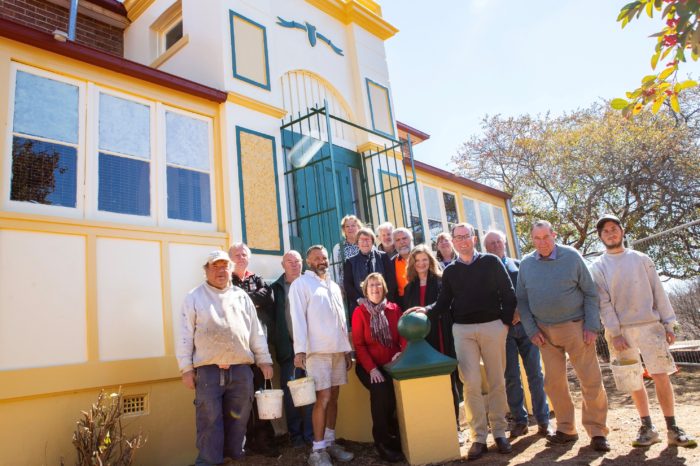 Mr Marshall said the grant would allow for the purchase of new display cabinets in the children’s room and upgrade the museum’s rear entrance and disability access.

“The children’s room is one of the unique aspects of the Land of the Beardies Museum,” Mr Marshall said.

“This funding will acquire the centre museum-standard glass display cabinets supporting its efforts to preserve its extensive collection of priceless local artefacts.

“The children’s room has become a prominent part of the museum challenging children to engage with history by playing with old technology like typewriters and encouraging them to question their pioneering heritage.”

Mr Marshall visited the museum with manager Eve Chappell to inspect the refurbishment of the history centre’s front facade, funded last year by a $38,208 government grant.

“Over the last year the façade of the museum, which is the old hospital building, has undergone a major facelift in preparation for the milestone next January,” Mrs Chappell said.

“Depilated window frames and rotten timber panels have been replaced in keeping with the era of the building, while contractors have repainted the outside ochre, green and cream as recommended by heritage adviser Graham Wilson.

“Now the front of the building is complete I’m really looking forward to getting stuck into improvements at the rear. Making the building more accessible to people with disability and the elderly will mean more residents are able to come here and research their family history.”

Currently the history house and research centre boasts more than 13,000 photographs, maps and books and over 300,000 records to compile family and local histories