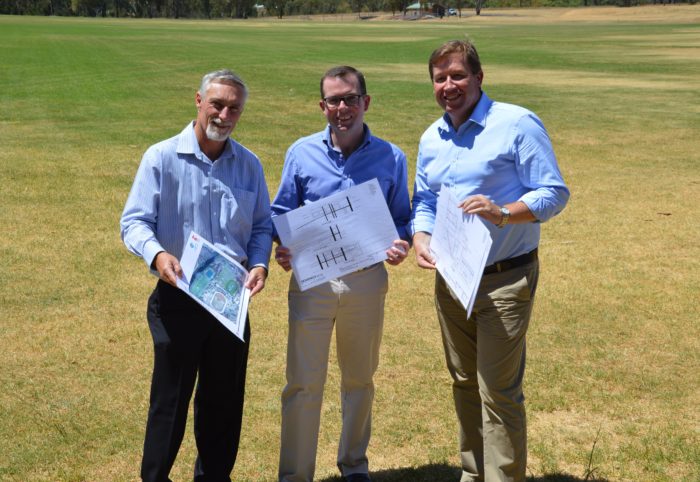 The project will include the upgrade of playing surfaces, installation of new underground irrigation, energy efficient lighting to ‘match standard’, spectator seating for 400, security fence and new clubhouse with disabled facilities.

“The upgrade of Inverell Sporting Complex is the first organisation to receive a grant through this round of funding which will see $8 million invested in sports infrastructure projects across NSW,” Mr Grant said.

“Sports clubs bring local communities together, especially in country NSW, and the NSW Government is proud to keep investing in them.”

Mr Marshall said the Inverell Sporting Complex was used by 65% of the local community and had on average 10,000 users per year and strong growth in a number of sports.

“Inverell Shire Council has done an outstanding job planning for this upgrade and I couldn’t be happier to see that the government has come through with the funds to turn the good plans into action,” Mr Marshall said.

“The complex is home to 11 sports clubs with a further 11 schools in the district using the facilities regularly so this is an upgrade that will benefit the entire community.

“I had the Deputy Premier in Inverell in December to show him the sports complex and hear directly from council about how the redevelopment would transform the complex.

“This is now the second major sports facility project in Inverell to attract state government funds in the last two years, with council now in the final stages of a massive revamp of Cameron Park, which was supported with $510,000 from the ClubsGRANT fund.

“Inverell will soon boast the best sporting facilities in the New England North West, if not in country NSW, and for that council and the local sports groups should be heartily commended.

“This focus on creating high standard sporting facilities will pay huge dividends for the community for many years to come.”

The total cost of the Inverell Sporting Complex redevelopment project is $1.18 million with Inverell Shire Council contributing $250,000. Work is scheduled to commence on the redevelopment within the next three months.