$96,550 TO BRING BOOLOOMINBAH’S STORIED PAST TO LIFE IN ARMIDALE 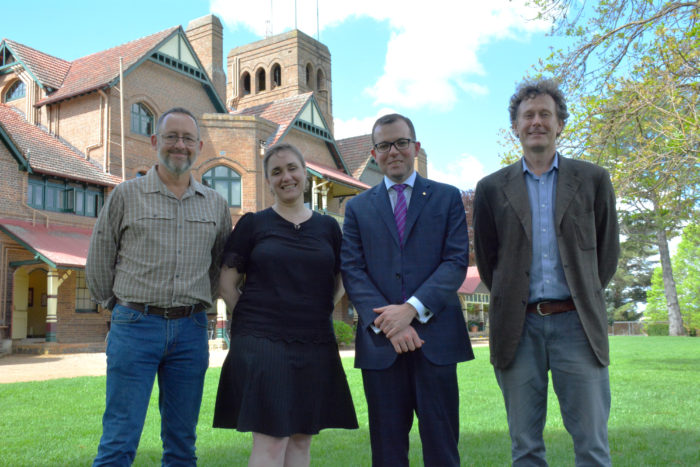 THE 130-year history of Armidale’s iconic Booloominbah House will be brought to life with a $96,550 NSW Government grant for the University of New England (UNE) to create a new audio tour, celebrating the historic house’s many stories, documents and unique features.

“Booloominbah is one of the region’s most beautiful heritage buildings and this new audio tour, produced for its 130th year, will show that it’s not just a beautiful structure, but it has a amazing and important history,” Mr Marshall said.

“Visitors will be able to listen to carefully curated audio guides as they walk through the building and grounds, discussing the major periods the building has seen since its construction in 1888.

“Listeners will be taken on a journey through the land’s traditional habitation by pastoralists and indigenous people, shown the development of the building as a family haven and convalescence home after World War I.

“They’ll hear it was the venue at the centre of the famous but unsuccessful “New State” Movement and how it’s become a centrepiece of intellectual thought and research in the New England.”

“These include the houses and grounds of Booloominbah and Trevenna, but also important cultural and scientific collections of antiquities, art, education, geology, herbaria, heritage, and natural history,” Dr Hopwood said.

“Whether it’s for five minutes or five hours, visitors will be able to explore the remarkable heritage preserved at UNE. The project will literally allow you to hold the past of this important house and its collections in the palm of your hand.”