A COOL $25,340 FOR MAINTENANCE WORK AT BINGARA SHOWGROUND 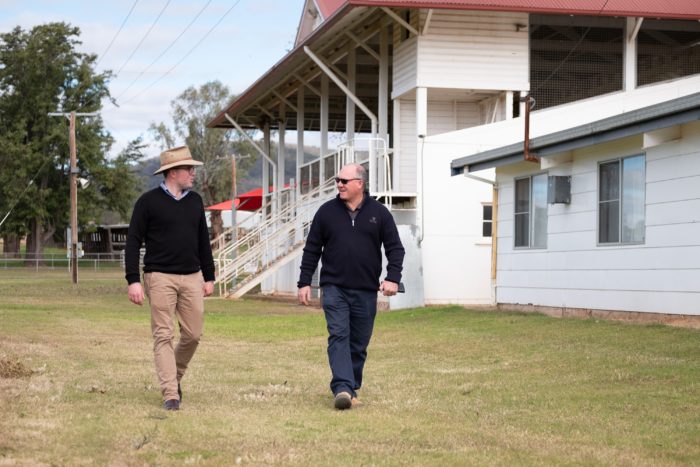 NORTHERN Tablelands MP Adam Marshall has today announced a $25,340 State Government grant for a series of maintenance projects at Bingara Showground, including improvements to the existing cool rooms.

Mr Marshall said Bingara was the home of horse sport events in the Gwydir region and the showground’s facilities needed to be maintained so they were safe and functional for all user groups.

“There are very few communalities which can boast having a showground, race course, polocrosse field and campdrafting ring all conveniently situated in the one location,” Mr Marshall said.

“This grant, funded through the NSW Government’s COVID-19 Showground Stimulus package, will see the Bingara Showground Trust deliver five projects which will benefit all of the venues user groups.

“Recently, the Showground took possession of the cool room from the old Civic Centre, which was removed as part of the Bingara Library development.

“The cool room, which now resides in the polocross canteen, will have a roof built over it to protect it from the weather and ensure it operates efficiently, while another cool room underneath the grandstand will have its motor replaced.

“The hard-working ladies of the Bingara Show Society will be happy to hear LED spot lights will be installed at the pavilion, directing focus on the range of arts and crafts submitted for judging each year.

“The LED lights will be cheaper to run reducing the Showground’s power bill.”

“Last year NSW Crown Lands commissioned an audit of our grounds which uncovered a number of projects which needed work to bring the site up to standard,” Mr Cooper said.

“Now we will be in a position to tackle those projects which include the replacement of several bent stable gates, replacement of broken fibro wall sheets and some painting of building fascia.

“We are also very pleased that our new general purpose shed, which is currently being built, will be hooked up to power, as a power supply wasn’t included in the original budget.

“Our Trust believes the Bingara Showground has a big role to play in the recovery of the local economy following the drought and COVID-19.

“With a large number of equine related events planned for the coming year, the Showground will be a hive of activity with competitors from across the region coming to stay and spending money in the community.”