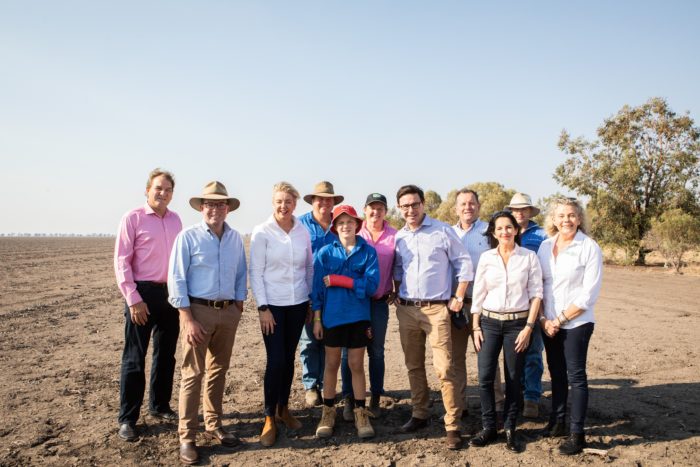 NSW Minister for Agriculture and Member for Northern Tablelands Adam Marshall has welcomed a commitment by fellow agriculture ministers to improve co-ordination and streamline drought assistance.

Mr Marshall made the comments off the back of today’s meeting of agriculture ministers in Moree, which was urgently called to discuss the ongoing response to drought.

“I am pleased today’s meeting has resulted in a firm commitment from other governments, including the Commonwealth, to streamline drought assistance and better co-ordinate response measures,” Mr Marshall said.

“This is the worst drought on record and it’s become a truly national crisis. It’s therefore essential governments across the country work hand in hand to deliver the best assistance in the most streamlined fashion.

“Urgent action is required to integrate the many and varied assistance measures at a State and Commonwealth level and today NSW secured an agreement to make this happen by February.

“The sheer number of programs, different criteria and hoops to jump through is unnecessarily confusing and time consuming for farmers and businesses – we can and must make this easier.”

Ministers at the meeting resolved to create a working group that will be charged with identifying opportunities for greater integration between Commonwealth, State and Territory drought support programs. This includes applying consistent eligibility criteria. The group will be chaired by the newly-appointed Federal Drought Co-ordinator General the Hon. Shane Stone AC QC.

Mr Marshall said he remained optimistic other governments would come to the table and support the development of a nation-wide farm income insurance scheme, following the Commonwealth’s agreement to keep an open mind on the scheme, while it is being developed by the National Farmers’ Association.

“Now is the time for bold action and we must take the learnings of this drought to prepare for the inevitable next droughts after this,” Mr Marshall said.

“That’s why I continue to urge other governments to support NSW in developing a national farm income protection scheme.

“There is a clear market failure when it comes to farm income protection models in Australia and that is why I am of the firm view there is a role for government in getting such a scheme off the ground.

“I thank other ministers for making the effort to attend the meeting and hearing first-hand our drought is impacting our country communities in NSW.”

Mr Marshall also announced at the meeting that NSW Government drought support had reached $3.9 billion so far and would continue to grow as the drought crisis deepened.