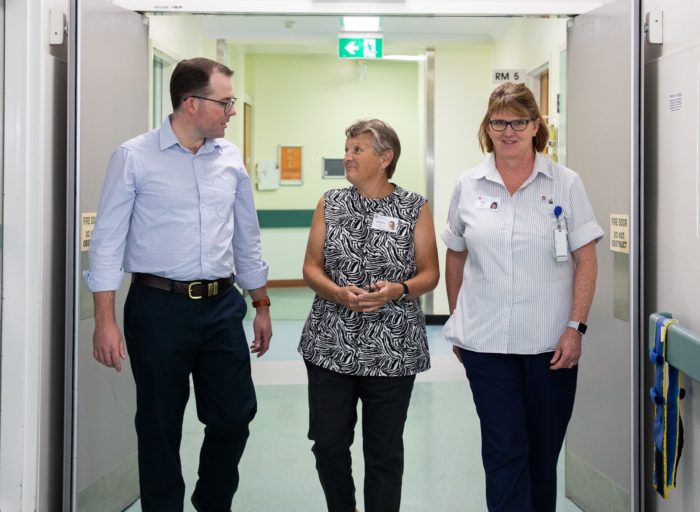 PATIENTS who undergo surgery at Armidale Hospital during summer will soon have a more comfortable recovery with the announcement today by Northern Tablelands MP Adam Marshall two of the old hospital’s wards were now fully air-conditioned.

Mr Marshall said over the Christmas break work was undertaken to air condition the currently the old surgical ward and maternity ward.

“In the past it has worried me to hear reports of patients being returned to the surgical ward with little to no cooling during the hottest time of the year,” Mr Marshall said.

“Last year hospital staff contacted me with concerns the lack of cooling was causing stifling conditions on the ward which was inhibiting the ability of patients to recover post-surgery and discomfort for new families in the maturity section.

“Staff reported temperatures last summer reached 35 degrees in the surgical ward, with the only way of reducing the temperature being to open the emergency exit door and use two large fans to circulate the air.

“The last thing somebody needs after going through surgery is to find themselves in a sweltering room and unable to rest, which is why I’m pleased action has been taken.”

“One of the purposes of the $60 million upgrade and refurbishment of the Armidale Hospital was to bring the facility up to modern medical standards,” he said.

“For many years the lack of air conditioning in the old hospital has meant doctors, nurses and wards man have had to undertake their strenuous roles in uncomfortable conditions which staff have said greatly impacted their ability to work.

“I hope now this new addition to the hospital improves the experience for both staff and patients.”