AN EYE ON SAFETY AT GLENCOE SPORTSGROUND WITH $25,723 GRANT 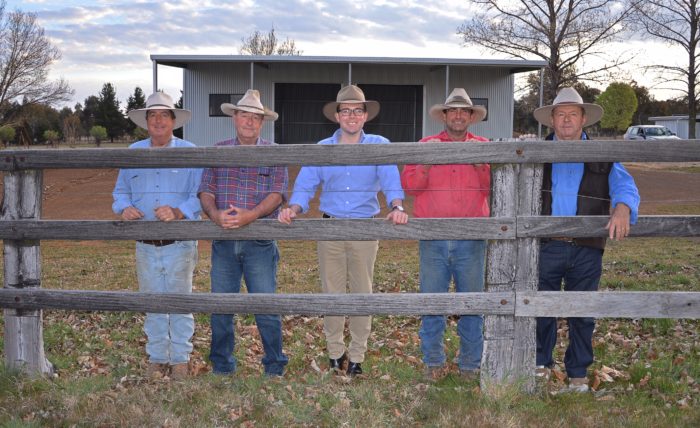 The trustees and camp draft association members gathered at the reserve on Tuesday afternoon to catch up with Mr Marshall and discuss their plans with him.

“I’m delighted to be back at Glencoe Sports ground not only to deliver this good news but also inspect the results of last year’s grant,” Mr Marshall said.

“Since I was here last, the hard-working Trustees have replaced the sportsground’s old timber canteen and shed with a new multipurpose steel structure which will provide a much more comfortable facility for all the user groups and visitors to the grounds.

“This year’s grant will be used to replace the old timber arena fence and while they’re at it, the trustees intend to reduce the circumference of the arena, making it a more workable space and easier viewing for the spectators.

“The yards at the back of the arena are also in need of a rebuild – it’s become a work, health and safety issue for anyone handling livestock and I’m more than pleased these yards will be rebuilt and create a safer working environment for all user groups.

“The grounds see a lot of use over the year, including the annual pony club gymkhana, camp draft and the yard dog trails, each one attracting hundreds of people, vehicles and animals.”

Reserve Trust Secretary Paul Macrae said they were very excited to receive news of the grant and pleased to have the opportunity to show Mr Marshall their new multipurpose shed.

“These grants have been wonderful for this community facility and with this new grant we can now make big changes to the arena and yards, making them safer and more user-friendly,” Mr Macrae said.

“We have a camp draft and yard dog trials here each year – we’ve also applied to host the Australian Yard Dog Trials Championships here next year and with these upgrades in place, we feel a lot more confident about getting the nod.”