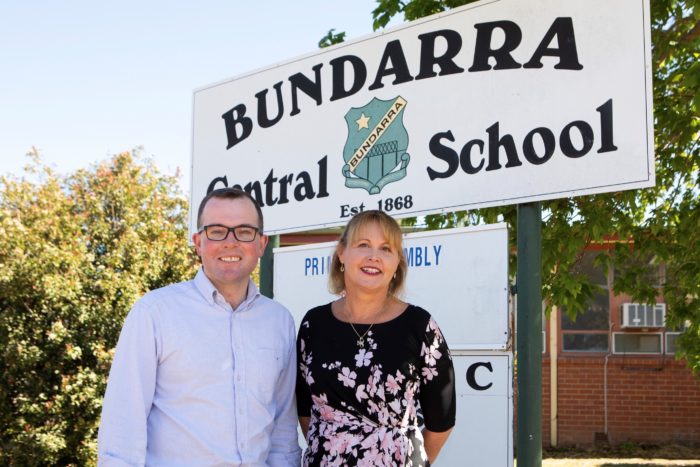 NORTHERN Tablelands MP Adam Marshall has today announced that two local students – one each from Bundarra Central School and Uralla Central School – will take off on the trip of a lifetime in 2020 with the schools selected to take part in the Premier’s ANZAC Memorial Scholarship.

Every year 20 NSW schools are drawn in a ballot to participate in the international study tour which will see students visit battlefields where Australians fought and died during in World Wars I and II.

Mr Marshall said next year one student from each school would be selected to participate in the life-changing program which will tour Greece and Singapore.

“This is the first time since 2016 the Northern Tablelands has had schools drawn in the ballot and I’m great to see its two of our smaller schools who will be taking part,” Mr Marshall said.

“During the September-October school holidays next year, students will travel to Europe and Asia where they will gain an understanding of the scope and nature of warfare as well as is also a great opportunity to have students think about their own community’s involvement in the war.

“At the start of the 20th century Bundarra and Uralla were only small farming towns and it must have had a devastating impact on the population as young men and women left to serve King and country, some never to return.”

Mr Marshall encouraged students in Year 9 and 10 who will study History next year to apply for this chance to represent their community and the state.

“History students interested in attending the tour will need to submit a piece of work that relates to the topic of Australians at War from the syllabus,” Mr Marshall said.

“Essays, short stories, video presentations and artworks are just some of the formats which can be submitted with three finalists from each school to have their works put forward to the NSW Office for Veterans Affairs for the final selection process.

“The successful student will meet other scholars from all over NSW and will share in a unique educational experience.”