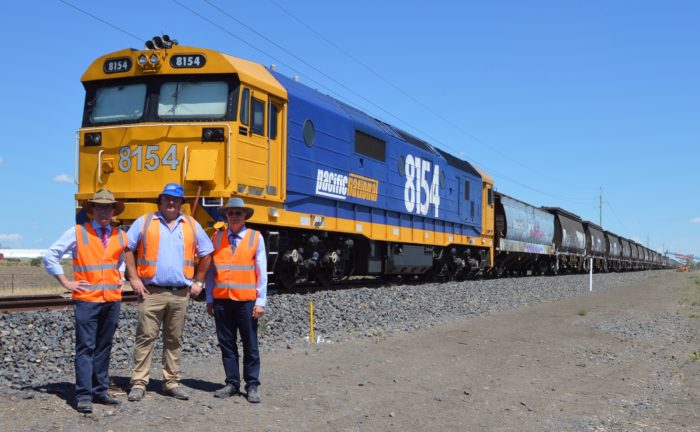 NORTHERN Tablelands MP Adam Marshall today announced applications were now open for the first round of the State Government’s Fixing Country Rail funding, which is targeted at improving freight movements across NSW, and is encouraging local stakeholders to apply.

“The $150 million provided for this first round is part of the $400 million Fixing Country Rail initiative, which will deliver a highly functional transport network across the state for moving freight in and out of productive areas, like ours, and will ease pressure on our local roads,” Mr Marshall said.

“While Fixing Country Rail funding will only be allocated to rail asset owners and managers, input from the people who produce and move freight will be critical for ensuring we get the best ‘bang for buck’ with any upgrades,” Mr Marshall said.

“It will fund infrastructure enhancements on the Country Regional Network, ARTC leased network and other rail assets owned by the NSW Government.

Mr Marshall said Transport for NSW recently funded a number of projects under the Fixing Country Rail pilot program that were making a big difference to freight operations in the region.

“We’re already seeing the benefits in Moree from this program,” he said. “The recently completed $2 million reinstatement of 2.8 kilometres of the discussed Moree to Inverell branch line, one of the pilot programs funded last year, is already delivering benefits,” Mr Marshall said.

“This means that more than 250,000 tonnes of grain and cotton each year will now be railed to Newcastle rather than trucked to Brisbane, removing grass around 6,000 truck movements a year from the local road network and producers area saving about $20 a tonne on freight costs.”

“Under these initiatives, everyone will be a winner – whether you’re a farmer, a community member, a council or a local business – you are set to benefit,” Mr Marshall said.