ARMIDALE CLUB COMMENDED FOR ITS WORK WITH BACKTRACK 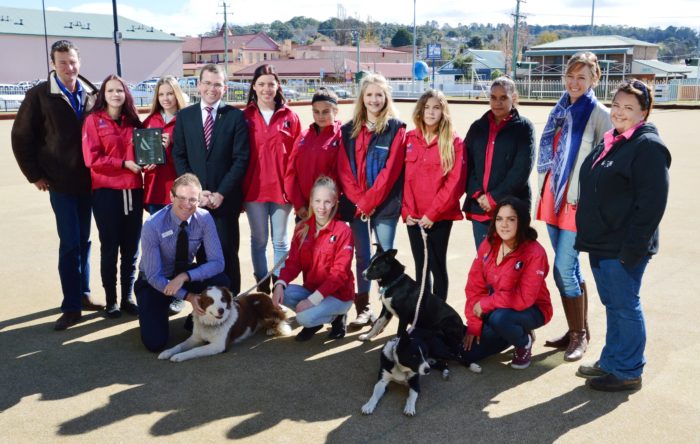 ARMIDALE City Bowling Club has been honoured at the 2015 ClubsNSW Clubs and Community Awards with a Highly Commended Award in recognition of its outstanding social contribution to the Armidale-based youth program, BackTrack.

Northern Tablelands MP Adam Marshall was joined last Friday by BackTrack founder and manager Bernie Shakeshaft and BackTrack students to congratulate Bowling Club CEO Patrick Crick on the award and thank him for the club’s on-going commitment to the program, which supports local marginalised and disengaged youth.

Mr Marshall said the Armidale City Bowling Club was a Back Track Foundation Partner and since its inception in 2006 the club had provided $41,800 in financial sponsorship and $2,000 in-kind support.

“The club has been incredibly generous, however, its support has gone far beyond financial assistance,” he said.

“Club management have mentored participants one-on-one or in groups on social issues such as drugs and alcohol and career progression, covering topics like business principles and running a club.

“The club has opened its doors to host community events to showcase the program and participants have also worked at the club in varying roles.

“Club CEO Patrick Crick has worked with local university researchers to develop recoding measures to quantify the program’s success and as a result the program has been awarded $500,000 in State Government funding over the next two years.”

“It is also demonstrates what community Clubs do best – identifying needs within their communities and unifying people to deliver support.

“The extent to which Clubs can deliver developmental aid to their local communities depends largely on the support provided by government.

“I applaud Adam Marshall and the State Government for their recent Memorandum of Understanding with the clubs industry, that among other things, stabilises tax rates, allowing Clubs to focus their efforts on giving back and meeting the needs of our communities through initiatives such as the BackTrack program.”