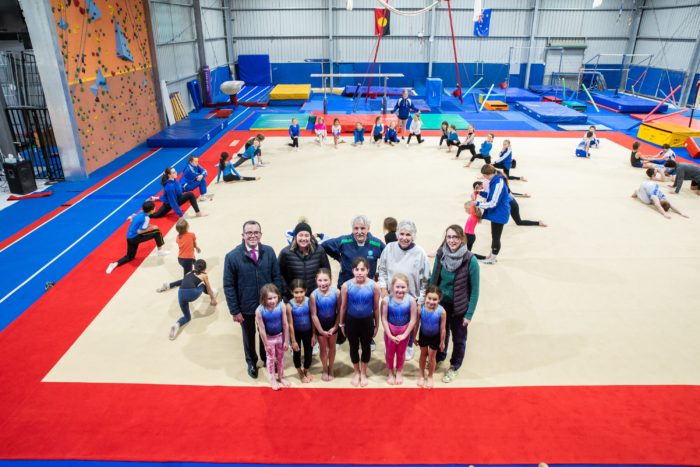 NEW competition standard digital equipment is recording the scores of hundreds of the State’s best junior gymnasts at this week’s NSW Country Championships in Armidale, with Northern Tablelands MP Adam Marshall landing a $17,074 State Government grant for the IT system.

“An IT hardwire system has been installed which enables the judging panels to input scores directly from the judging table to the central score computer.

“This network will facilitate the input from 10 separate judging panels, being the men’s and women’s panels. In addition, it will manage new display boards for scores and public information.

“A new music and announcement system has also been added into the new section of the gym and is linked to the existing hearing loops for hearing-impaired visitors.

“A portion of the funds has also assisted with the cost of hiring staged seating, specifically for the duration of the championships.

“The Country Championships are expected to inject $3million into Armidale’s economy, which is huge considering it’s the middle of winter.”

“We know the potential gymnastics has in becoming a significant economic driver for our fabulous local economy,” Mr Stace said.

“This funding will help us establish the digital infrastructure which enables us to support judges, stream social media, and publish competitor scores in near real-time for the spectators.

“These additions help to ensure the club’s long-term sustainability and we thank Adam and the State Government for their enthusiastic support.”