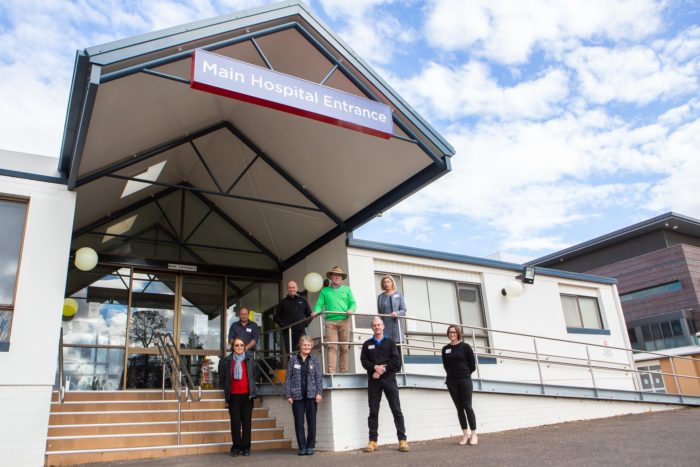 Mr Marshall said the new solar system would cut the hospital’s annual electricity usage by 40 per cent, saving $150,000 in energy costs each year.

“The commitment to make publicly owned buildings more energy efficient, while reducing carbon emissions and generating local jobs is a huge win across the board,” Mr Marshall said.

“Rooftop solar was a conspicuous and disappointing omission from the recent $60 million redevelopment of the hospital, so I am delighted that will now be corrected.

“By installing this major solar system and making the hospital more energy efficient, we’re helping to bring its electricity costs down, freeing up funds that can be invested back into delivering vital health services for our region.”

Mr Marshall said the State Government had a target to install 126,000 megawatts of solar capacity across its rooftops by 2024.

“Our region is the home of large scale renewable energy projects and so it makes sense local households and businesses also want some of that action in a bid to save money and protect the environment,” he said.

“Solar is currently one of the cheapest ways to generate electricity. Our schools, hospitals and other buildings see lots of sunshine and it makes absolute sense to capture it to offset their operating costs and free up funds which can be spent on further improving these services.”

Since 2015, more than 14,000 kilowatts of solar systems have been installed on government buildings including hospitals, schools, museums and offices.