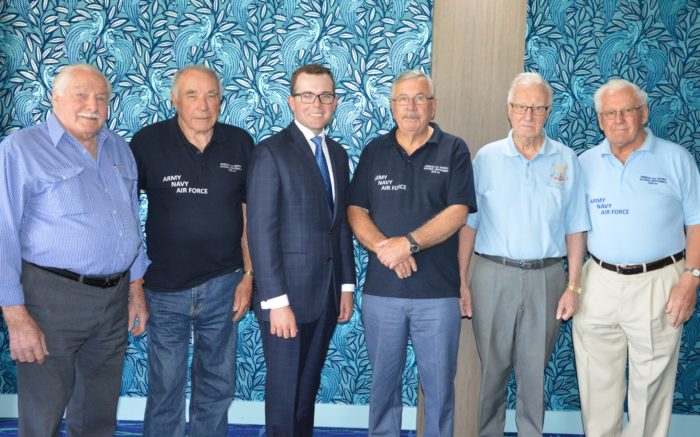 NORTHERN Tablelands MP Adam Marshall recently met with the Armidale and District National Servicemen’s Association to congratulate them on securing a one-off $2,000 grant from the NSW Premier to purchase a new photocopier.

The group met with Mr Marshall around mid-2016 to discuss the need they had to produce a high quality newsletter for their members and the inadequacy of the photo copier they were using.

Mr Marshall took the Association’s request directly to Premier Mike Baird who delivered the goods in time for the Christmas edition.

“The Nashos in Armidale are very proactive association with a substantial membership, so I was pleased the Premier recognised the good work they do by providing this one-off funding,” Mr Marshall said.

“With limited income, the grant allowed the group to purchase a larger and more modern photocopier to produce the regular newsletter for members.

“I understand the bi-monthly editions fly off the ‘press’ and are posted to members, the majority of whom do not have access to the internet.”

The Association holds regular raffles to raise funds which support their favourite charity Kids With Cancer, as well as the Westpac Rescue Helicopter, CanAssist Armidale and Uralla and Legacy.

Association President Barry Dawson welcomed the funding and said the group looked forward to a more efficient office for the volunteers.

“We were thrilled to learn that the Premier had granted this funding and can’t believe how much more efficient the updated copier has made our administration duties,” Mr Dawson said.

“The printed newsletter is very important as most of our members are not using internet and it allows us to keep in touch with everyone and, more importantly, keep our members and their family engaged.”