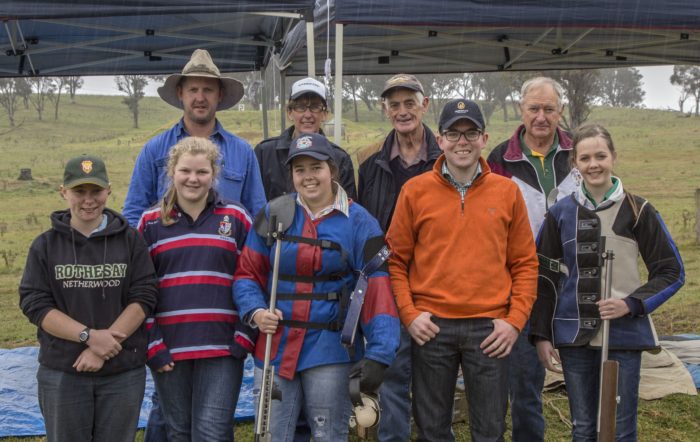 IN 1948, a group of Wollomombi graziers took a few draft horses and scoops along to a specially selected site on Wollomombi Station and built themselves a rifle shooting range.

That range has since become home base for the Armidale Rifle Club and now with the help of a $17,297 grant from the NSW Government, it’s about to receive a much-needed upgrade.

Northern Tablelands MP Adam Marshall met up with club member during one of their regular shoots at the range over the weekend and delivered the good news.

“I’m very pleased the club was successful in its application for funding,” he said. “The Wollomombi range has a long and interesting history and I commend the club’s members on their efforts to upgrade the facility to modern standards.

“The club will now purchase an electronic target system, install a culvert over the watercourse and re-align the shooting mounds and bring them into line with the correct range specifications.”

Mr Marshall said the Armidale Rifle Club was based on a site on Long Swamp Road but that for various reasons the range was closed in 1982.

“The club then began negotiations with Wollomombi Station owner David Wright to use the old range,” he said. “Many working bees later and with the assistance of The Armidale School Rifle Club, University of New England Rifle Club and The Armidale School Old Boys Union they’d rebuilt the range to a four target range with firing points from 100 yards to 700 yards. They had their first shoot there in 1987.

Armidale Rifle Club President Stuart Cleghorn said members were delighted to receive the funding and pleased they could improve the safety standard of the range.

“It will be great to have the electronic target system and we will be moving some mounds into a more central position so they meet the correct specifications,” Mr Cleghorn said.