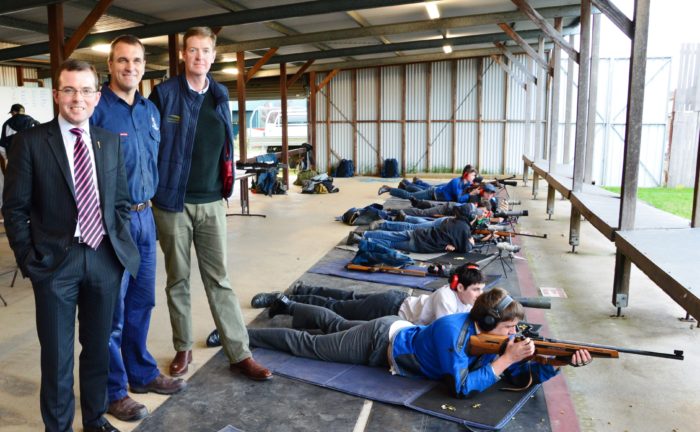 Mr Marshall said the funding was part of the government’s 2014/2015 Safe Shooting Program and would allow the school to install a security system, target gallery lighting, replace the stop butt on the range and purchase a shipping container for secure storage.

“The aim of the program is to increase the safety at shooting facilities throughout NSW and I congratulate TAS on their successful application,” he said. “I look forward to seeing the benefits of the upgrade when completed.

“The shooting program at TAS is an important aspect of their extra-curricular activities program and has a history dating back to establishment of the school in the 1890s.

“It’s actually the oldest sport at TAS, producing many top-class shooters who have gone on to compete at national and international level.

Master in Charge of Shooting at TAS Trevor Thatcher said the school was delighted to receive the funding and appreciated the support received from the State Government to upgrade the safety of the facility.

“The club will also receive funding from the TAS P&F Association, the Old Boys Association, TAS Rugby Supporters Group and the TAS Foundation so we will certainly be able to make some great improvements to the site,” Mr Thatcher said.

“There are about 20 students that practice and compete at the club’s facilities three times a week so these upgrades will certainly be enjoyed by those participants and the parents and teachers that help out.”