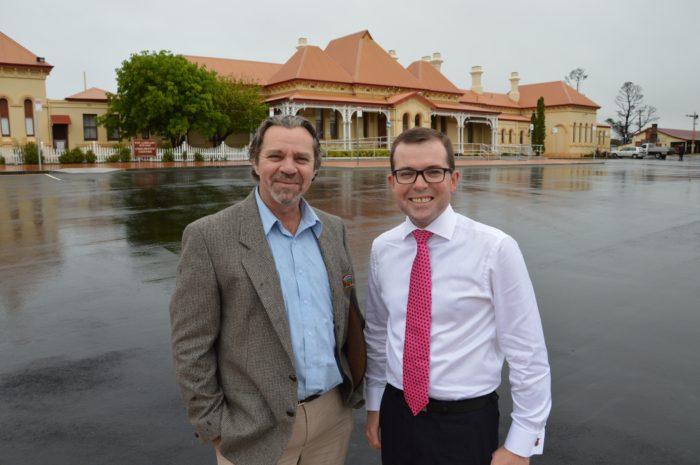 MEMBER for Northern Tablelands Adam Marshall today announced that work is now complete on a number of upgrades to improve Armidale’s transport interchange facilities at the railway station and coach depot. The $500,000 improvements were delivered as part of the NSW Government’s Transport Access Program, an initiative to deliver accessible, modern, secure and integrated transport infrastructure. “The state government provided the funding to Armidale Dumaresq Council to deliver upgrades to the transport interchange outside Armidale Railway Station on Brown Street and at the Coach Interchange outside the Visitor Information Centre on Marsh Street,” Mr Marshall said. “At Armidale Railway Station work included resurfacing of the car park, improving footpaths, installing new signage and bicycle parking facilities, as well as upgrades to lighting. “The upgrade at the Visitor Information Centre coach interchange included a new bus shelter, lighting, CCTV surveillance cameras and accessibility upgrades to the existing rest rooms. “The new shelter will keep passengers out of the elements while waiting for coaches and disembarking. “Council has done a terrific job and the upgrades will give visitors a very positive first impression of Armidale.” Armidale Dumaresq Deputy Mayor Chris Halligan joined the Mr Marshall today inspecting the completed upgrades at the Armidale Railway Station. “The upgrades are a wonderful enhancement to this historic facility and the surrounds,” Cr Halligan said. “Council appreciates the support and funding from the government to allow the work to be undertaken. The improvements will serve the community and visitors well for years to come.” Since the Transport Access Program was launched in April 2012, more than 400 projects in NSW are underway or have been completed.