ARMIDALE’S SARAH PARKER OFF TO HOCKEY NATIONALS WITH SUPPORT 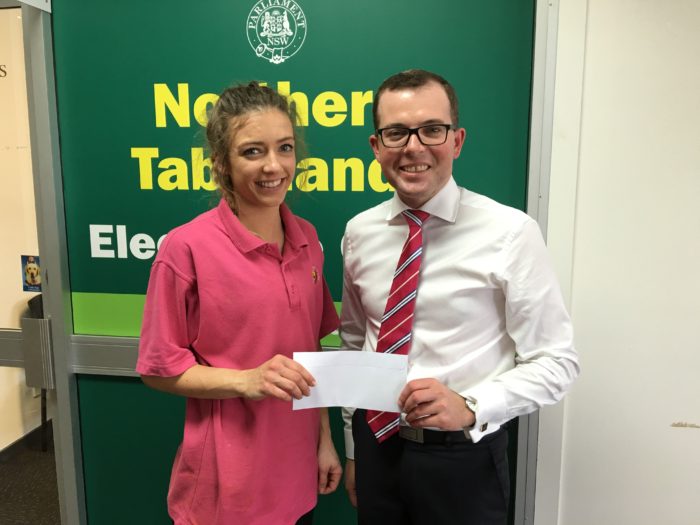 ARMIDALE hockey star Sarah Parker is busily and nervously packing her bags for what will be the highlight of her sporting career so far.

“I congratulate Sarah on her selection and wish her every success in Darwin at the national championships,” Mr Marshall said.

“Sarah is undoubtedly ones of the top players in our region, but is most special about her is the time she puts back into the sport as a volunteer, umpire and a coach of several junior teams.

“Sarah is a gifted player and someone held in very high regard by everyone involved in hockey.

“It’s a real pleasure to support athletes like Sarah to represent our region and this state and national championships.”

Mr Marshall also thanked and acknowledged the Armidale City Bowling Club and the Armidale Ex-Services Club for their financial support of Sarah, as well as the Armidale Sports Council and Radio Station 2AD/100.3.

“We live in a wonderful community that is incredibly generous. I know Sarah is very appreciative of all the support she has received,” he said.

The talented midfielder has been moved up front this season for local club Breakaways and her goal scoring prowess has propelled the side to the top of the Division 1 table, still undefeated for the season.

Sarah will play in the midfield for the NSW Country team. The Australian Country Championships begin on 24 July