BETTER SUPPORT FOR DOMESTIC VIOLENCE VICTIMS IN THE REGION 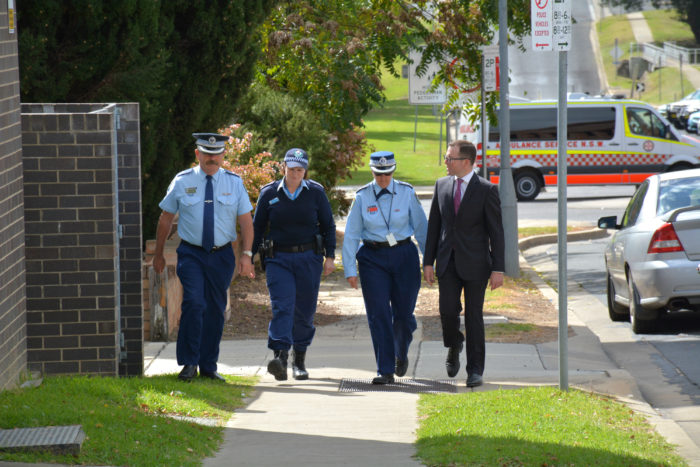 VICTIMS of domestic violence will find it easier than ever before to receive support, thanks to a new initiative being rolled out across the New England Local Area Police Command, later this year.

The ‘Safer Pathway’ program will provide tailored, multi-agency support to victims of domestic and family violence in the region from September 2017.

Northern Tablelands MP Adam Marshall today announced the program’s rollout in the region, which he said would bring together Police, healthcare providers, Corrections, Family and Community Services and Education along with local specialist non-government domestic and family violence services, creating a streamlined, integrated referral pathway for victims who are ‘at threat’ or ‘at serious threat’ to their life, health or safety.

Mr Marshall said the change would make it easier for victims to come forward with their story and perpetrators stopped.

“Currently, victims of domestic violence need to re-tell their experience to many government agencies, reliving the pain and abuse,” Mr Marshall said. “In some circumstances, this can be a big barrier to victims coming forward to the authorities.

“Perpetrators will no longer be able to hide behind the shame that their crime can cause. Safer Pathways will ensure victims only need to tell their once – allowing for consistent and considerate information sharing, where it’s appropriate.

“Through the rollout of this program in the New England LAC, police and social workers will have an additional tool at their disposal in holding perpetrators of this vile crime accountable. This will also assist the role of our hard working police, who cover a huge amount of ground in dealing with domestic violence.”

The NSW Government has committed $53 million over four years to expand Safer Pathway state-wide, with 21 new locations already rolled out in 2016-17.

In addition to the roll out covering the New England LAC, Safer Pathway will expand to a further six locations in September this year.