BINGARA LIBRARY BOOKS A NEW PLACE TO CALL HOME WITH ANOTHER $300,000 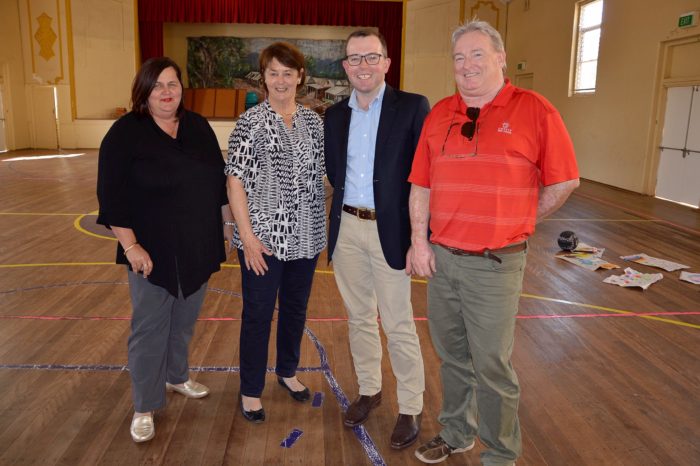 A NEW $300,000 funding boost from the NSW Government will help the Bingara Library turn the page on a new era with a big move to a new home base in the town’s Civic Centre, Northern Tablelands MP Adam Marshall announced today.

Mr Marshall said the grant would see the library relocate from its old and cramped home in Maitland Street, just down the road, to a new specially-constructed larger space in the Civic Centre.

Hesaid the new library was essentially a $500,000 State Government project, with a NSW Public Libraries infrastructure grant of $200,000 announced just a few months ago to get the balling rolling and Gwydir Shire Council tipping in another $91,000.

“This $300,000 will finish the job of reconstructing the civic centre space into a purpose-built library that will provide the very best and the latest of library services that fit the needs and demands of a local community,” Mr Marshall said.

“Now council can get stuck into the process of putting the designs for a new library out on display for community feedback and we’d hope to see a reconstruction of the centre begin early next year.”

Gwydir Shire Council Deputy Mayor Catherine Egan said the Bingara community had been blown away by the news, especially younger children who see the new spaces as special to their interests.

“This grant is so exciting for so many, we were thrilled to get it and so happy to have it and see it happening soon,” Cr Egan said.

“The new library is quite an extensive and expansive development, there’s a big infrastructure job to be done but it will be so much bigger and more open. We have outgrown the old library, it was just so confined.

“But we will get new spaces, break out rooms, wet rooms, a craft room, even a quiet room and a big library room for the collections.”

Mr Marshall said the project would deliver a much larger, more user-friendly modern library facility that could provide services that meet a community vision for a vibrant, dynamic, spacious, comfortable, and accessible community living room.

“It is great news and it reflects the community’s desire to see the library relocated to the Civic Centre, which is closer to the heart of town, where it should be,” he said.

“Libraries are vital to communities like Bingara and having the best you can get is important, but with specialist areas, modern lighting and floor layout, and with insulation, air conditioning and appropriate flooring, and better acoustics, this should deliver that outcome.

“Libraries are now a whole lot more than just a place to borrow books. They’re places for community gatherings, for local students to study and do research, for seniors and others to meet and read, but also for a host of grey nomads who use them as communications centres and tourist research areas.”

Cr Egan said the works program would also incorporate a new front facade and entry that was easily accessible for everyone and more appealing.

Mr Marshall said design elements would complement the vibrancy of Bingara, a town with a strong sense of identity and culture.

The civic centre began life as an indoor and outdoor picture theatre, around about the same time as the art deco Roxy Theatre was born over 80 years ago, and had been something of a local function and performance centre, before the renovated Roxy took over those roles.