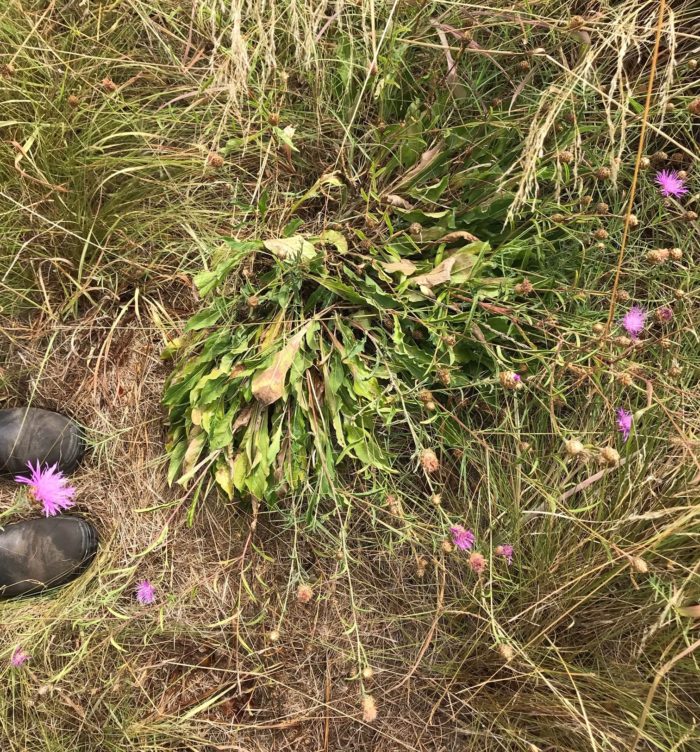 STATE Government agencies are working closely with Tenterfield Shire Council to eradicate the first infestation of black knapweed in the State, following its discovery near the northern NSW township recently.

Minister for Agriculture and Member for Northern Tablelands Adam Marshall said NSW Department of Primary Industries (DPI) had acted swiftly following the report, and together with Northern Tablelands Local Land Services staff, would kick-off a surveillance program in the Tenterfield area today to determine the size of the infestation and determine eradication measures.

“Until now, NSW has remained free of black knapweed, which is rarely eaten by livestock and produces chemicals that affect plants growing near it, invading pastures, crops and natural areas,” Mr Marshall said.

“This is a serious threat and we’re keen to isolate and eradicate the weed as quickly as possible.

“DPI, Local Land Services and Council staff will be visiting properties near the infested area on the eastern outskirts of Tenterfield from today, to check for any sign of it having spread.

“Officers will also be checking high risk sites around the township, such as the showground, parks and reserves and creeklines, for this invasive weed.

“The plants may have come into the region along with a hay or feed drop from interstate. They can spread further if seeds stick to animals and clothes, or if root fragments are carried on machinery or in soil and water.”

Mr Marshall is encouraging members of the community to help protect our farms and public spaces by checking roadsides and areas close to waterways for this invasive weed.

“Black knapweed is listed in the NSW Biosecurity Act as prohibited matter, meaning if you see it you must report it,” Mr Marshall said.

“Everyone can help by knowing how to spot black knapweed, keeping their eyes open for it and if you think you have seen it, call the helpline or the Council so it can be carefully removed.

“Farmers are also encouraged to check paddocks, crops, fodder being brought onto their property and feed out areas, especially after rain.”

Black knapweed starts growing in a flattened, circular cluster of leaves before producing slender, ribbed and roughly hairy stems, which have single purple, thistle-like flowers at the end of them; but unlike thistles, has no sharp points or spines.