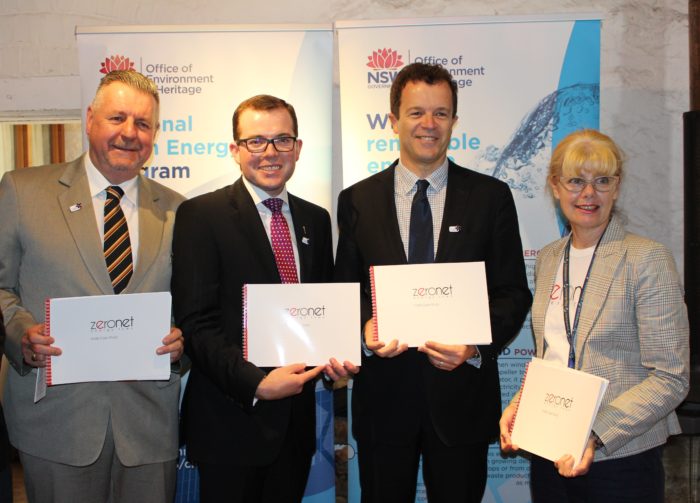 The first town-scale energy blueprint, has been developed for Uralla with energy savings forecast of up to 70 per cent.

“The aim of the blueprint is to identify how an Australian community could satisfy all its energy needs from renewable energy, in a way that is competitive in terms of price, quality, security, and reliability,” Mr Speakman said.

“The Uralla project has been an exciting and ambitious challenge with the blueprint providing a model for other NSW towns.

“Uralla has about 2,500 energy customers spending approximately $12 million per year to meet their energy needs.”

Mr Marshall said the blueprint suggested that by applying cost-effective energy efficiency actions, such as the replacement of hot water units, and combining these with the installation of residential solar panels, could save the community up to $2.2 million per year.

“The most financially attractive options are residential solar, lighting and hot water unit upgrades which could reduce energy demand by 20 per cent and result in savings of up to $1,000 per household and $3,000 per business each year.”

Mr Marshall said the blueprint suggests that Uralla could generate 40-70 per cent of its energy goals within 5 years, by using available programs and commercially proven products, through energy savings and small scale renewable energy generation.

The project has gained interest from other towns, with more than 20 contacting the project co-ordinator Starfish Initiatives, to express interest in taking part in a similar project.

Mr Speakman and Mr Marshall congratulated everyone involved in the development of the blueprint, and the leadership of Uralla Shire Council, which has the potential to place Uralla at the forefront of energy innovation in Australia.