BUNDARRA LEADERS GET A TASTE FOR POLITICS AT STATE PARLIAMENT 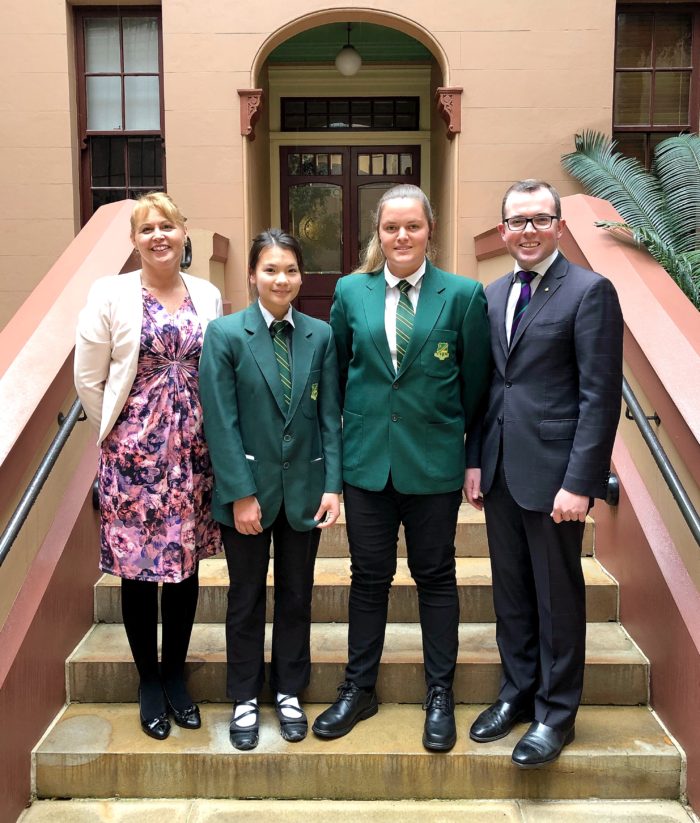 STUDENT leaders from Bundarra Central School got a taste for NSW politics yesterday in Sydney, during a tour of the oldest Parliament in Australia.

“Bianca and Tory were exceptional ambassadors for their schools and the Bundarra community.

“It was wonderful to meet Bianca and Tory and I hope they enjoyed their time visiting the ‘people’s parliament’ and learned a lot.”