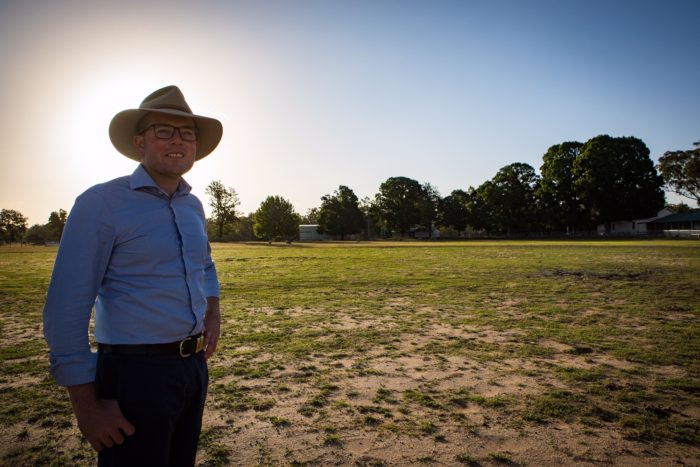 THEY have had to beg and borrow for equipment for years but now the Bundarra Pony Club members will get their very own portable dressage arena following announcement of funding by Northern Tablelands MP Adam Marshall today.

Mr Marshall said the club secured $3,000 under a State Government local sports program that will deliver equestrian users the necessary equipment to ride to their hearts’ content in Bundarra.

The 20-metre by 60-metre full-sized arena will do the job permanently for show riders and pony club members who use the Bundarra Showground – and organisers and instructors couldn’t be happier.

Bundarra Pony Club senior instructor Sharon Irwin, who also organises the annual show dressage events, says the funding will mean the end of years of borrowing from other clubs to run their events.

“Borrowing from other clubs has been a hassle each time, because the rails lengths are about 10 metres each and transporting them is a battle,” Mrs Irwin said.

The portable PVC rails, cones and letters that make up the dressage arena will now have a home at the showground for use for camps, zone competitions and show events, including the week-long October pony club camp.

“The beauty of it is that it can be pulled up, clipped together and then packed up for storage and having it right in their own backyard will mean less work for everyone in Bundarra,” Mr Marshall said.

“In the old days of course we used ropes and chains but that hasn’t met standards for years; it’s no longer deemed safe for horses,” she said.

“The portability means it can be put up and pulled down and packed away, and that takes about half an hour and then it can be stored safely on the grounds.”

Mr Marshall said the Bundarra Pony Club had about 30 members, but there could be up to 100 riders competing in zone or regional events.

“The last Bundarra Show had almost 100 entries in dressage, so the club had to borrow three arenas to meet that demand. Now it’s going to be a whole different equine age.”

Mrs Irwin hopes they’ll have the new arena in place for this year’s show, later this month.