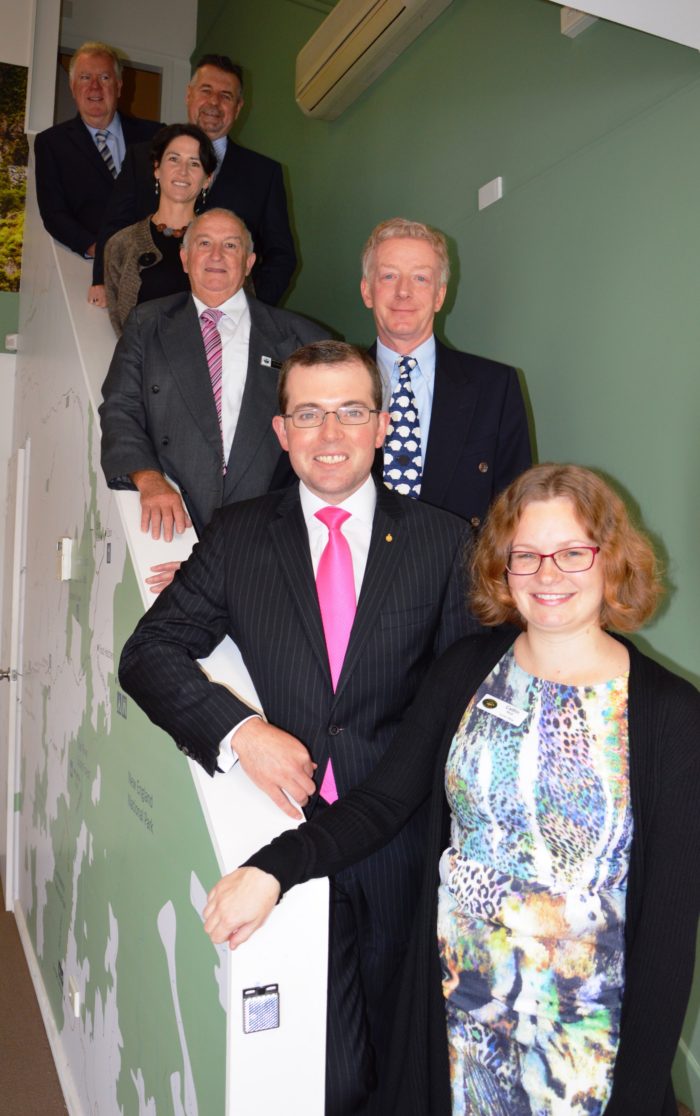 A NEW $317,000 marketing campaign to attract overnight visitors and grow the Northern Tablelands economy was launched today by Member for Northern Tablelands Adam Marshall along with representatives from the region’s six participating local councils.

“The campaign will encourage more people to experience the fantastic touring itineraries and drives through the New England High Country,” Mr Marshall said.

“We have learnt from the success of the 2012 Experience the Highs campaign that ‘destination’ marketing is the key and by pooling our resources and collaborating we can establish the New England High Country as a destination in its own right.

“Tourists aren’t just visiting Armidale and then on to Glen Innes or Uralla, they are visiting a region and our focus is to make the region of the Northern Tablelands resonate with travelers as does the regions of the Southern Highlands, Snowies and the Victorian High Country.

“I’m delighted that Armidale Dumaresq, Guyra, Uralla, Glen Innes, Tenterfield and Walcha Councils have been working in partnership with Destination NSW to establish a brand for our region and adopt the mantle of being home to Australia’s premier recreational motorcycle and touring-by-car itineraries.”

Mr Marshall said developing regional tourism was important to the NSW economy, with tourism to country NSW worth an estimated $13.3 billion in expenditure to the State in the year ending September 2014.

“Our budget of $317,000 for the New England High Country campaign is significant and it’s exciting for all involved in the visitor economy in the Northern Tablelands,” he said.

“The marketing campaign will be digital and will be tactically supported by the development of two New England High Country Destination Guides (northern and southern.”

Mr Marshall said a further $207,000 had been allocated from the RVEF for a multi-destination marketing campaign to promote a variety of experiences across Inland NSW.

“This multi-destination campaign will highlight the variety of arts and culture, history and heritage, food and wine, and nature based experiences on offer in the region,” Mr Marshall said.

“The NSW Government is committed to growing the State’s visitor economy and initiatives like the RVEF and the support of Destination NSW are important in encouraging economic growth in our regional communities,” he said.