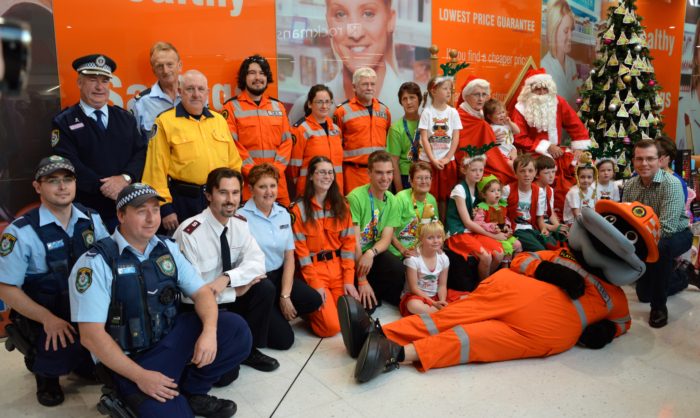 Last year 2,055 gifts were donated to the Salvation Army for local distribution to families in need.

“The number of gifts and the community’s generosity has been steadily growing every year and I know the co-ordinator Anne Potts is hoping to see even more gifts left under the tree this year,” Mr Marshall said.

“By leaving gifts under the tree, or making a donation, members of the community are playing Santa Claus to the families who are doing it tough, a gesture which is in the real spirit of Christmas.

“I urge people to support this great initiative. I know the Salvation Army has a lot of people who would not have much of a festive season if it was not for the generosity of the community.”

To donate a gift, people take a card from the tree and tick in a box who it is intended for – boy or girl, father or mother, grandmother or grandfather.

People can purchase a gift voucher from K-Mart to leave under the tree or make a donation at any one of the checkouts in the store.

Gifts can be left either wrapped or without wrapping.

Ms Potts said everyone involved in organising the Wishing Tree, collecting and distributing the gifts was dedicated to making it as successful as possible.

“Our reward is to know that we are making kids, their parents and their grandparents happy on Christmas Day,” she said.

Members of the Armidale SES, including Paddy the Platypus, and Armidale Physical Culture Club kicked off the community giving, leaving several gifts under the tree at Saturday’s launch.