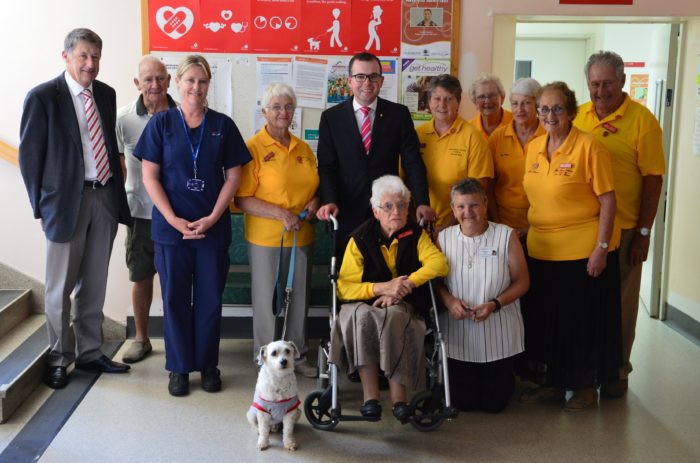 VISITORS and staff at Glen Innes Hospital will notice improved comfort and convenience this summer, thanks to $500,000 in recently completed air conditioning and medical gas upgrades funded by the NSW Government and the Glen Innes Hospital Auxiliary.

“Reverse cycle air conditioning has been installed though the first floor, ensuring the general and maternity wards can stay cool in summer and warm in winter.

“While staff did their best to battle the elements with heaters and fans, the temperature of wards was a common complaint from patients and staff.”

“The days of nurses wheeling gas cylinders through the hospital are over, thanks to a new piping system that will move oxygen, medical air and a vacuum through between wards,” he said.

Mr Marshall thanked the Glen Innes Hospital Auxiliary for its important role in raising funds for the upgrades.

“Between the Opportunity Shop, bake sales, fundraisers and raffles, the Auxiliary has shown that this is the Glen Innes Community’s hospital,” Mr Marshall said.

“With Armidale Hospital and Inverell Hospital redevelopments now in advanced stages, I’d like to see further major upgrades on the cards for Glen Innes.”