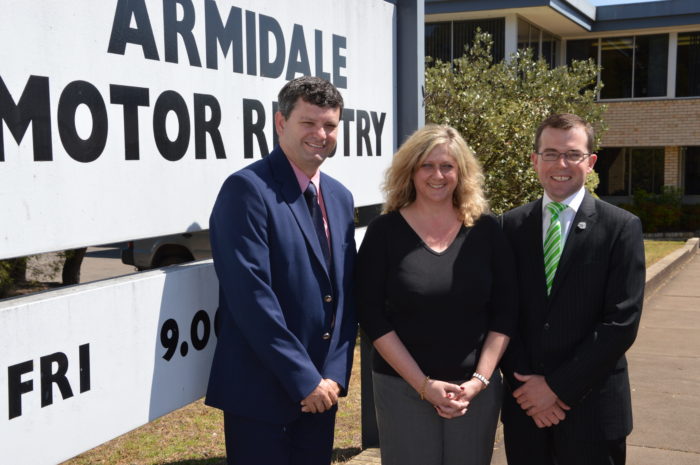 Mr Marshall said the new facility was due to commence operations in the first quarter of 2015.

“This is an exciting new development for the residents and businesses of Armidale and the Northern Tablelands region,” he said.

“We are delivering on a key commitment to make transacting business with government easier.

“The new Armidale Service NSW Centre is scheduled to open its doors towards the end of February at the site of the existing RMS motor registry at 167 Rusden Street, Armidale.”

Since launch in 2013, it has served more than seven million customers through the digital service, 24/7 phone service and 20 service centres across the State.

Mr Marshall said the move was a big win for the local community with more services, more local jobs and much longer opening hours, including Saturday mornings.

“In recognition of expanded services and extended trading hours, the new centre will employ 13 staff, including an additional seven new positions. Applications are now open for people to join the Service NSW team with motor registry staff and Fair Trading staff given priority,” he said.

“Barice brings a wealth of experience and local knowledge and I am confident she’ll lead an exceptional team at Service NSW and provide great service to the community,” he said.