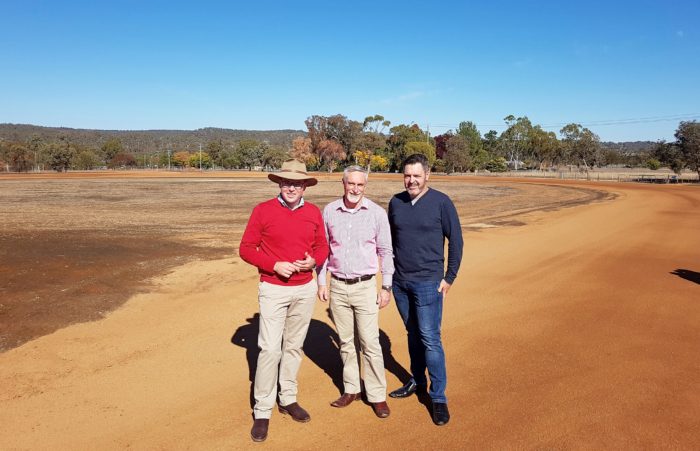 The State Government provided a $1 million grant for the track, following strong calls from the town’s cycling community, supported by Council, for a facility where both competitive and non–competitive riders could train away from Inverell’s busy streets.

Mr Marshall said the track would support local efforts to promote and grow cycling as a sport in the region.

“Inverell’s cycling and triathlon clubs have long been looking for a place they can train safely, away from traffic on local roads and highways,” Mr Marshall said.

“So far the ground works and drainage for the 1.5 kilometre track have been completed, with construction crews now preparing to lay the bitumen later in the year.

“Once completed, the track will provide another tourist attraction for Inverell as well as encouraging more locals and families get off their couches, jump on their bikes and go for a ride.

“We might even see another event added to the Grafton to Inverell race weekend.”

The off-road track is part of a greater $1.5 million upgrade of Lake Inverell’s facilities including construction of a new launching facility, wheelchair-accessible boardwalk and viewing platforms, provide a vehicular access ramp, concrete paths and new bubblers, seating and signage.

“Through initiatives like the $100 Active Kids Vouchers and upgrades to local sporting facilities, the government has put a lot of effort into encouraging people of all abilities to get fit and active,” he said.

“To achieve this you need good local facilities and this new track and the work at the picturesque banks of Lake Inverell will support those efforts greatly, providing a safe and even path for people to walk, run and ride any day of the week.”