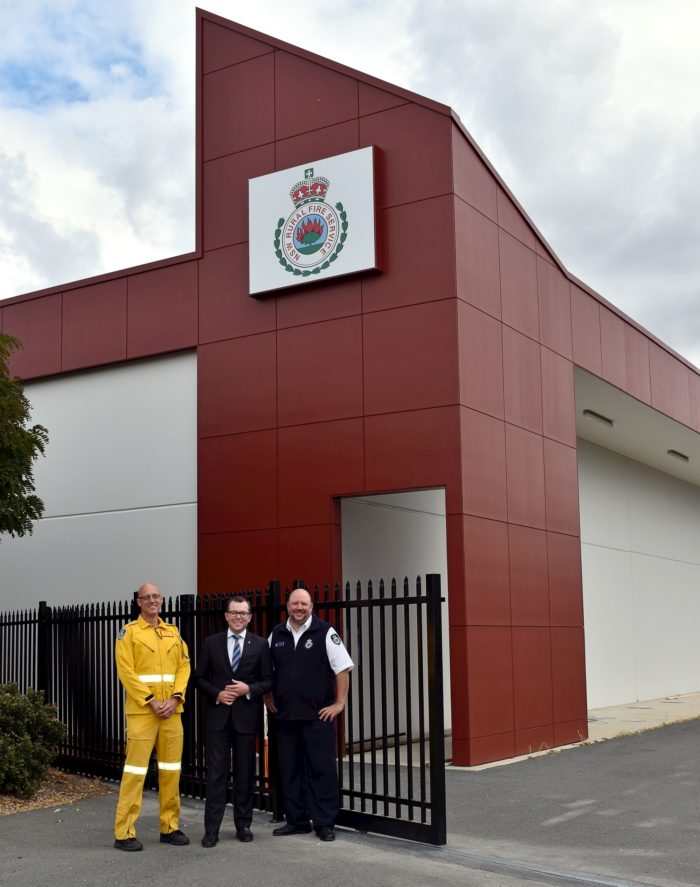 “This is a long awaited development and I am impressed at how quickly work has progressed since it started in February,” Mr Marshall said.

“When completed, this facility will be the nerve centre for the RFS fighting fires across the three local government areas, covering over 21,000km2.

“The new development on Lambeth Street will include upgraded office spaces, a fire operations room, new training rooms, kitchen facilities, storerooms, state mitigation service facilities and a brigade station which will provide a comfortable space for RFS personnel and volunteers.

“This multi-million fire control centre will equip local RFS crews with the modern tools to battle fires across the State’s north, including 400,000 hectares of national parks and forests.

“It will be the most advanced headquarters to manage emergency situations anywhere in country NSW.

The RFS had outgrown its cramped headquarters, the former Severn Shire Council Chambers, in Bourke Street, but the new premises will allow for future expansion, including four new jobs coming with the new headquarters.

“It’s great to see the old Betta Electrical building repurposed, to allow the RFS to consolidate their services, including their ability to manage remote fires and coordinate aerial water bombing,” Mr Marshall

The headquarters and new brigade station will be completed in July, ahead of an official opening.