CRACKING DOWN ON MEXICAN WATER LILY IN THE REGION 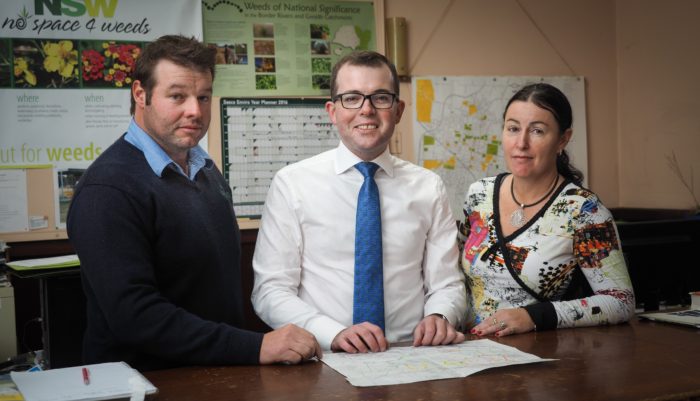 The lily has infested the upper reaches of the Gara River, including the Gara Dam.

The weed’s thick mat of leaves and rhizomes choke out other plants and prevent access by recreational water users.

A campaign led by the New England Weeds Authority will map the weed’s spread along the river and control outbreaks using drones, amphibious Argo vehicles, kayaks and on foot.

“This is a rare chance to tackle a weed that is still in a manageable area,” Mr Marshall said.

“With a concerted campaign by the Weeds Authority in collaboration with 65 landholders, the National Parks and Wildlife Service and Armidale Regional Council, we have an unusual opportunity not just to stop Mexican water lily spreading into Oxley Wild Rivers, but perhaps to eventually eradicate it completely from the area.”

Mr Marshall commended the NSW Environmental Trust, which has generously supported the region in its 2016-17 grant round.

“The Trust is doing a great job, in my view, of supporting worthwhile initiatives that can really make a difference to the growing weed burden being dealt with by private and public landholders,” Mr Marshall said.