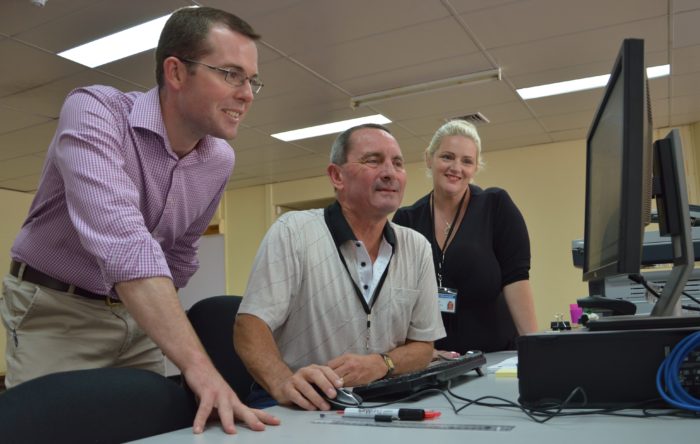 “I am incredibly grateful and honoured to be re-elected to represent the people of the Northern Tablelands in the NSW Parliament,” Mr Marshall said today.

“Since I was first elected 22 months ago I have enjoyed working hard on local issues and projects in partnership with communities right across our region.

“We’ve made some enormous inroads and gained great momentum on projects which I’m now looking forward to continuing.

“I’m also eager to work closely with the new communities of the Moree Plains Shire and will be spending a lot of time out west further familiarising myself with people and their issues.”

Mr Marshall took the opportunity this afternoon to outline the priorities for the new term, with health infrastructure projects chief among them.

“My first priority is to ensure the government delivers on its $90 million commitment to the Armidale and Inverell communities for the hospital redevelopments,” he said.

“I’ll begin working on a proposal with local stakeholders to redevelop Moree District Hospital and I’ll be meeting with Health Minister Jillian Skinner when parliament resumes to discuss timeframes for these projects.

Mr Marshall said he would be following up on the other specific commitments extracted during the campaign, including $90 million to upgrade the Newell Highway near Moree, including new passing lanes, and $1 million to help Armidale Dumaresq Council with the costs of opening up access to the new industrial developments near the airport.

“I’m going to be working hard on other issues I flagged during the campaign including more resources and support for our local schools, development of renewable energy projects and securing a share of the new $25 million mobile blackspot funding so we can build more mobile towers to address the worst reception areas in the Northern Tablelands,” he said.

Mr Marshall was quick to point out, however, that this was not an “exhaustive list”.

“I have always taken my priorities and projects from the community and its needs,” he said.

“There are and will be many other issues and projects that I will be advocating for and I’ll continue to speak up and speak out on behalf of people in the region and our needs.

“Now that the result has been formally declared, I’m really looking forward to rolling up my sleeves and getting back to work in the job I love doing.”