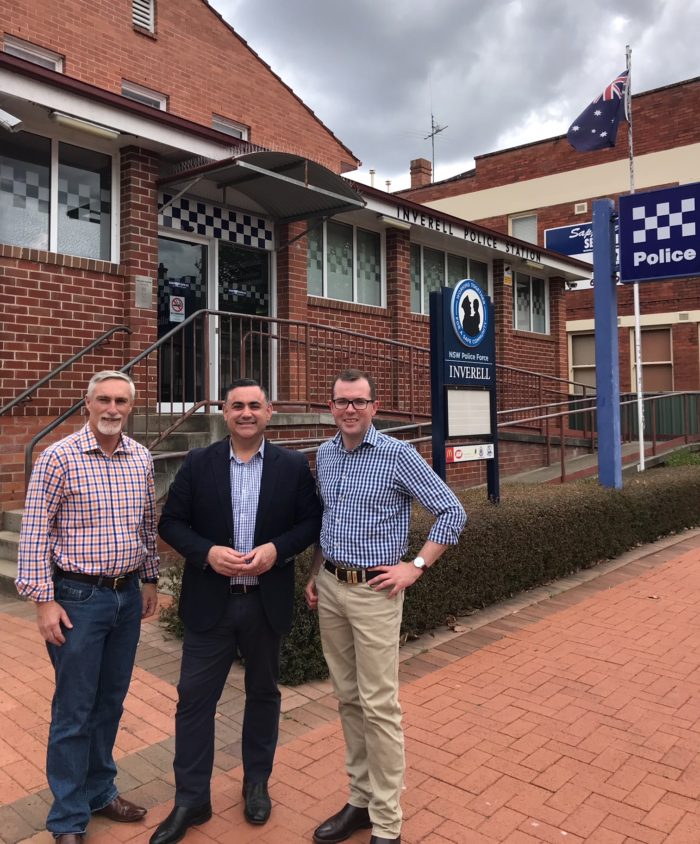 A NEW 24-hour Inverell Police Station is one step closer to reality, following a weekend visit from Deputy Premier John Barilaro, who has seen first-hand the poor state the 57-year-old building.

Mr Marshall took Mr Barilaro on a tour of the station with Mayor Paul Harmon. The trio also discussed the new stataion and recently-announced urgent upgrades with local police officers.

“While the case for a rebuild is already rock solid, I wanted the Deputy Premier to see first-hand why a new police station is a priority for the Inverell community,” Mr Marshall said.

“Mr Barilaro was shocked at the current state of the Inverell Police Station and very impressed with high level of professionalism demonstrated by Inverell Police despite substandard conditions.

“I have now walked Deputy Premier John Barilaro, Minister for Police and Minister for Emergency Services Troy Grant through the building, showing them the endless issues with the current station.

“It is abundantly clear to anyone who sets foot in the Inverell Police Station that serious works need to take place without delay.”

The Local MP said the most significant issue was overcrowding – with almost 50 officers now working in a space designed to hold 14. Police work is also frustrated by an insufficient evidence room, non-existent amenities for female officers and only one formal interview room.

“With clear demand for new facilities – NSW Police and the Minister for Police have agreed Inverell needs a new station, and have committed $250,000 to address urgent problems in the interim,” Mr Marshall said.

“With the Deputy Premier now fully aware of the urgency of the situation, I hope that major reconstruction works will begin sooner than would otherwise be possible.”