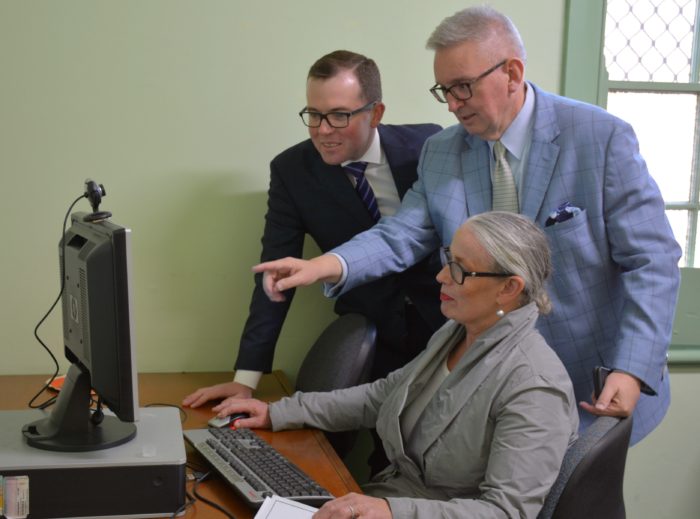 DOZENS of families in the Northern Tablelands have been getting ahead on their energy bills thanks to a new scheme that provides crisis support virtually instantly over the phone.

Since July 1, the NSW Government’s Energy Accounts Payments Assistance (EAPA) vouchers have been issued digitally, meaning at-risk families can receive $50 towards an energy bill quickly and with minimal stress.

Member for Northern Tablelands Adam Marshall and Minister for Energy and Utilities Don Harwin today visited the Armidale Neighbourhood Centre to see the results of the changeover.

“These vouchers are now issued instantly, meaning energy customers can be assured in moments that their energy won’t be cut off,” Mr Marshall said.

“We heard that the new scheme is working effectively, saving time and petrol that would be spent driving around the region. For people at crisis point, every dollar counts – and this makes staying connected significantly less stressful.

Mr Harwin said last year the NSW Government helped more than 4,000 customers in the region at risk of disconnection from essential energy services.

“Unfortunately, some households are on the brink of having their basic energy and gas needs cut off because they can’t pay their bill,” Mr Harwin said.

“We’ve recently improved the EAPA system by switching from paper to digital vouchers and the emergency payments will now be made faster to energy retailers.

“The assessment can be administered over the phone, and we can apply the EAPA vouchers in a very quick turnaround – that’s a bonus,” Ms Passmore said.

“It’s such an efficient system, not just for community organisations that administer the scheme, but also for clients – because when they come to us they’re juggling a lot of bills, but they’re under a lot of stress,”

“We drop everything, particularly if they have children, because given the state of Armidale winters heating is a fundamental right. When they leave, the weight is off their shoulders, even if only for a day.”