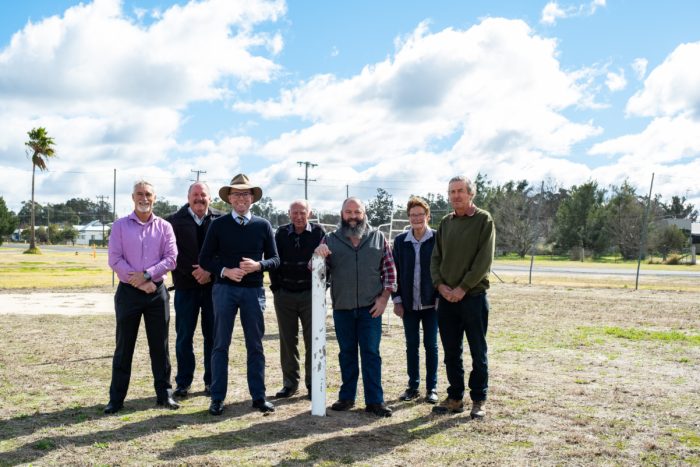 Mr Marshall said just as Ash Barty’s Wimbledon Championship had united Australia, reinstating the tennis courts would bring the community of Ashford together.

“Uneven and overgrown with grass, it’s been a long time since a set of tennis has been safely played at Ashford,” Mr Marshall said.

“The club fell into disrepair during the latter half of the 1990s, around the same time the Ashford power plant closed and the tobacco industry departed the area.

“In 2015, a survey of the community showed there was strong support for the revival of the courts, and a dedicated committee got to work smashing out funding applications.

“I’m pleased to say the committee has aced its efforts, with the State Government funding both the full installation of synthetic courts and upgrades to the perimeter fencing.

“The courts will be marked for multi-purpose use with lines for netball and basketball and hockey. With the Boomers and Hockeyroos dominating the Tokyo Olympics, the facility will become a field of dreams for aspiring athletes at Ashford Central School.

“Talking to President Gilbert Fitzhannim in Ashford’s glory days the tennis club was a hive of social activity. I truly believe it has the ability to once again become the sporting hub of the community.”

“These courts will give the Ashford community a recreational space to re-establish a high level of community cohesion,” Mr Fitzhannim said.

“Contractor Powercourt Australia has been engaged to undertake the works which have been scheduled for January 2022. If the builders get a clean run we hope to have it finished and ready for play by the end of February.

“On behalf of our committee I would like to thank Ashford Central School, Inverell Sports Council, Inverell Shire Council and Adam for the huge amount of work they have all put in to making this dream of our community’s come true.”