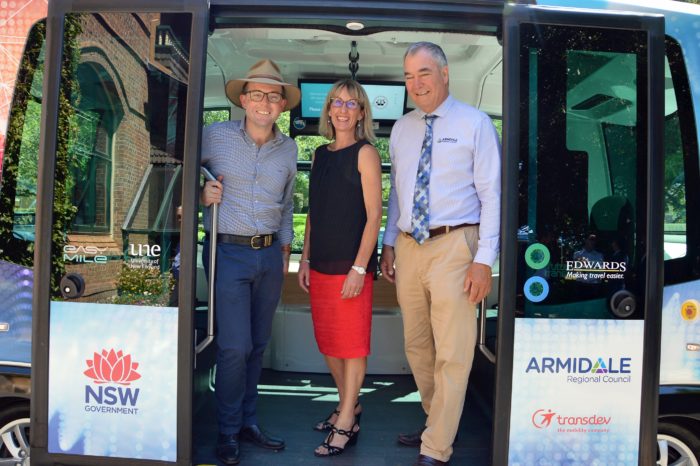 STUDENTS at the University of New England in Armidale will become the first in NSW to get to class in a driverless vehicle, along the longest route for this kind of transport in Australia so far.

Member for Northern Tablelands Adam Marshall announced today that the Armidale driverless trial would welcome passengers and transport up to 12 passengers at a time in a fully-automated vehicle on a five-kilometre route. The service will begin on Thursday this week and operate nine hours a day, five days a week.

“A driverless shuttle operating in a mixed, open road environment is a first for NSW and I am pleased to say this puts Armidale right at the forefront of tomorrow’s vehicle technology,” Mr Marshall said.

“It will also allow students to leave their cars behind and help address a regular traffic bottleneck on campus.

“This is an exciting opportunity for Armidale and confirms its status as the innovation and technology capital of country NSW.”