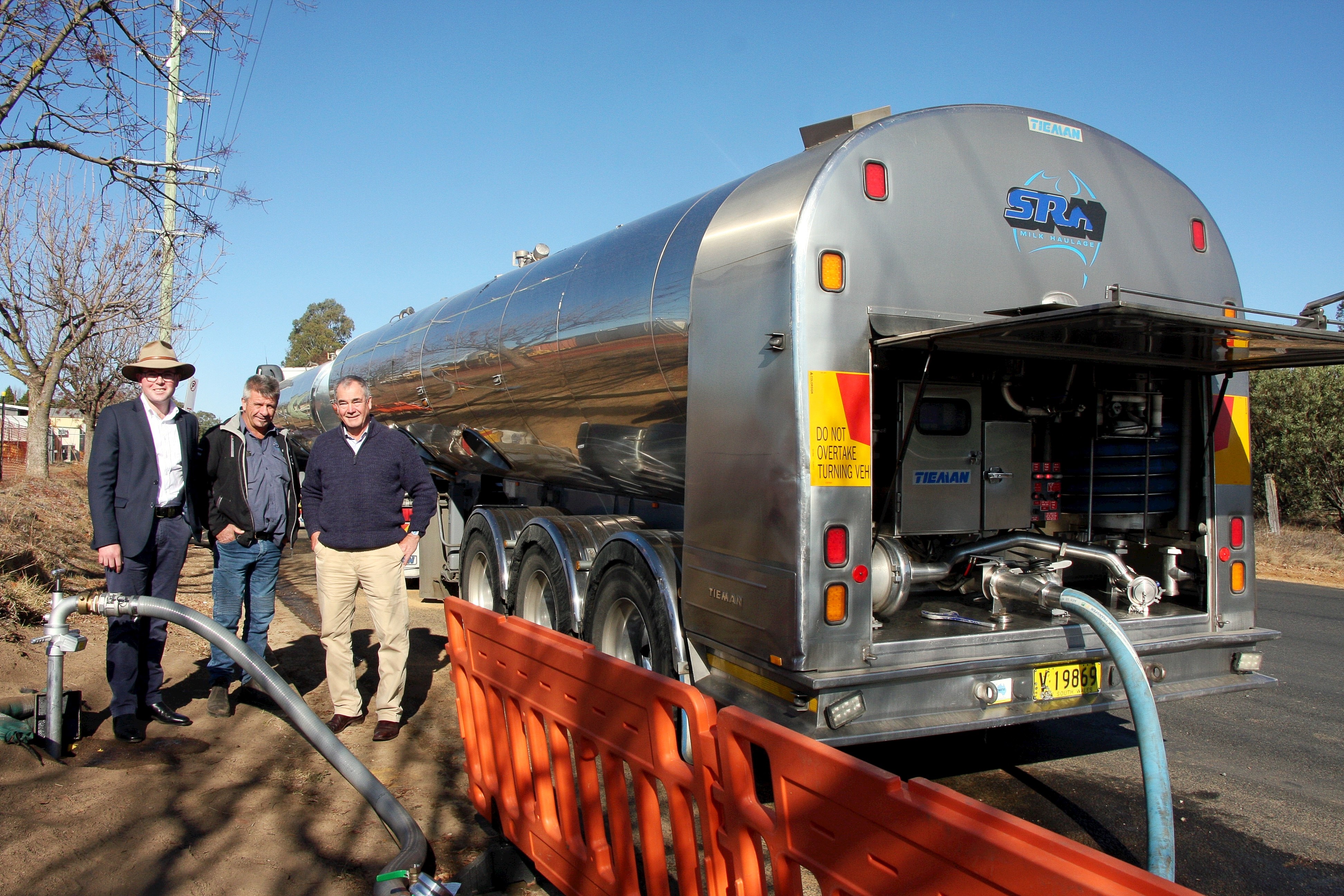 AN emergency water supply has started rolling its way up the New England Highway to Guyra, as Armidale Regional Council begins carting daily loads of potable water to the community’s fast-dwindling storages.

The first loads started last Wednesday, after the State Government provided $820,000 to Council to cover the cost of the trucking operation between Armidale and Guyra, until the Malpas Dam to Guyra Water Pipeline comes online.

“Guyra is facing a water crisis, with Council predicating its supply at Guyra Dam will run dry by the middle of next month, well before the pipeline between Malpas Dam and the town is complete,” Mr Marshall said.

“The funding has allowed Council to hire a trucking company to come in with food grade milk tankers and transport water up to Guyra, so residents and businesses have continued access to clean drinking water.

“Two trucks will be operating initially, filling up from a main in the Armidale’s industrial area and delivering a total of 1.2 megalitres of water each week to the Guyra water treatment plant.”

Armidale Regional Council Mayor Simon Murray thanked Mr Marshall for his role in securing the financial support and said it would allow Council to transport water until around mid-August.

“This support from the NSW Government will help to take some strain off the Guyra’s dam, which otherwise are only a few weeks away from running dry,” Cr Murray said.

“The water carting, in combination with ongoing water restrictions, will enable us to prolong the town water supply until the Malpas Dam to Guyra pipeline is fully operational in August.

“While Council only has two trucks running in this early stage, it is anticipated that will increase to four trucks as Guyra Dam gets closer to empty.

“Now more than ever, Guyra residents and businesses need to be mindful of the amount of water they are using. In a further effort to curb consumption, the current Level 4 water restrictions are scheduled to step up to Level 5 next Monday, 24 June.”