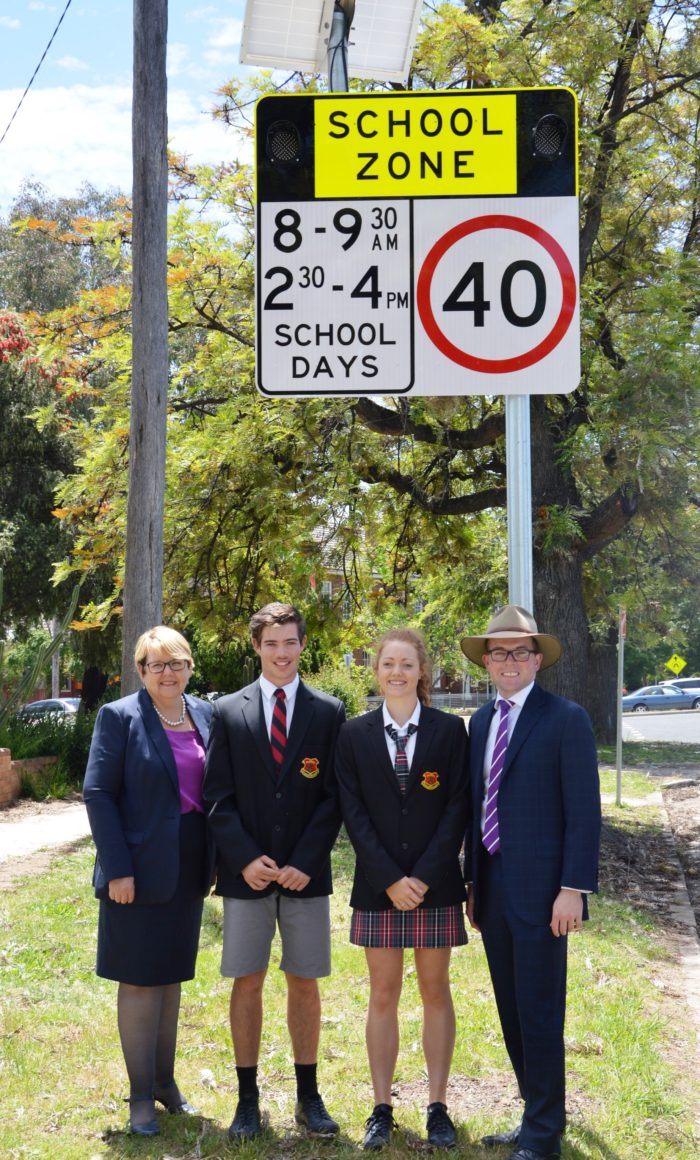 SCHOOLS across the Northern Tablelands will become safer than ever, with construction to begin on three extra sets of flashing lights over the next six weeks.

Northern Tablelands MP Adam Marshall says the additional sets of lights will help improve safety in and around schools in Inverell and Armidale.

“If a car is travelling the right speed – it will stop almost eight metres sooner than a vehicle travelling at 50 km/h. When a child’s life is at stake, every metre counts.”

Construction at Inverell High and Ross Hill Public Schools will be between Monday 13 February and Friday 10 March. Armidale High School will see its second set of lights installed between Wednesday 15 February and Monday 13 March.

While the windows may be wide – the work will be quick, with construction and testing expected to take one shift outside of school hours. Work will take place between 7am and 5pm on weekdays, and 8am to 1pm on Saturdays.

Mr Marshall said the locations of the second sets of lights for each of the schools had been carefully picked for best effect.

“These lights will go where they will do the most good – with drivers approaching Armidale High slowing down from highway speeds, and Inverell students contending with neighbourhood traffic,” he said.

“The government and local school principals have considered a number of risks, from car density, speed and the number of students, to make sure these lights go to where they’re needed most.”

While all schools across the Northern Tablelands already have one set of lights fitted, Mr Marshall said these supplementary lights would cover additional entrances.

The project is funded by the state government’s $5 million Community Road Safety Fund, paid for by fines from red light and speed cameras.