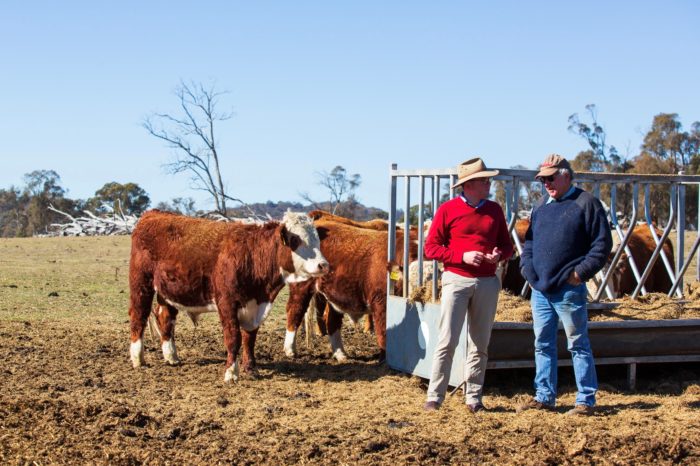 THE State Government is putting vegan vigilantes and farm trespassers on notice, hitting activists who illegally enter farmers’ properties with the toughest penalties in the country from next month.

Minister for Agriculture and Member for Northern Tablelands Adam Marshall today, along with Deputy Premier John Barilaro, announced a major shakeup of the State’s Biosecuity Act, creating a new offence that will see those who illegally trespass on farms, creating biosecurity risks, handed an immediate on-the-spot fine of $1,000 and further fines up to $220,000 per person and $440,000 for corporations.

The new penalties will kick in from 1 August 2019 and are the first stage of a broader suite of measures being developed by the state government to protect NSW farmers’ right to farm.

“Today we’re announcing the harshed penalties in the country and sending a strong warning to those who think it’s okay to illegally invade farms and harass our hard-working farmers,” Mr Marshall said.

“Our farmers are busy enough battling drought, producing our State’s food and fibre and getting on with their lives. They don’t deserve, nor have time, to be dealing with illegal trespass and vile harassment from a bunch of virtue-signalling thugs.

“The NSW Government will also look at further ways it can deter this kind of behavior, including introducing legislation and potential gaol time for offenders.”

Mr Marshall said the government was determined to clamp down on illegal farm invasions and was working on additional changes with further penalties, including gaol time, for those committing criminal acts associated with farm trespass.

“We are putting these vigilantes and thugs on notice – your time threatening the agricultural industry by illegally trespassing and creating biosecurity risks is over,” Mr Marshall said.

“If you enter a farm without permission and threaten the biosecurity of that farm then you will be hit with an instant $1,000 fine and could face further fines of up to $220,000 in court.

“The agricultural industry and community have had a gutfull of this vile behavior. These thugs are not only harassing and traumatising hard-working farmers and their families, they’re also posing serious biosecurity risks by potentially bringing contaminants and diseases onto properties that could wipe out an entire farming operation and industry.

“Today’s announcement complements the work the Commonwealth Government is doing in targeting the online incitement of farm trespass.”

Mike Norton, a grazier at Glencoe, south of Glen Innes, welcomed the announcement by Mr Marshall.

“This is very welcome news for farmers, to know that the government has our back when it comes to protecting our right to be primary producers,” Mr Norton said.

“We all worry about whether ‘we’re next’ for the next farm invasion and it weighs heavily on your mind.

“It’s good to know that these new laws will be really tough and hopefully deter people from inferring in what we do – we’re just trying to make a living.”

Under the changes to the Biosecurity Regulation 2017 it will become mandatory for site visitors to comply with a Biosecurity Management Plan. Anyone who enters a designated biosecurity area without permission and without complying with the plan’s requirements may be guilty of an offence under the Biosecurity Act 2015, and subject to the new, harsher penalties.

To access the new offence, farmers will need to have a biosecurity plan in place and appropriate signage. Farmers are encouraged to contact the Department of Primary Industries or their Local Land Services office for more information.

Go to www.dpi.nsw.gov.au/biosecurityact for more information