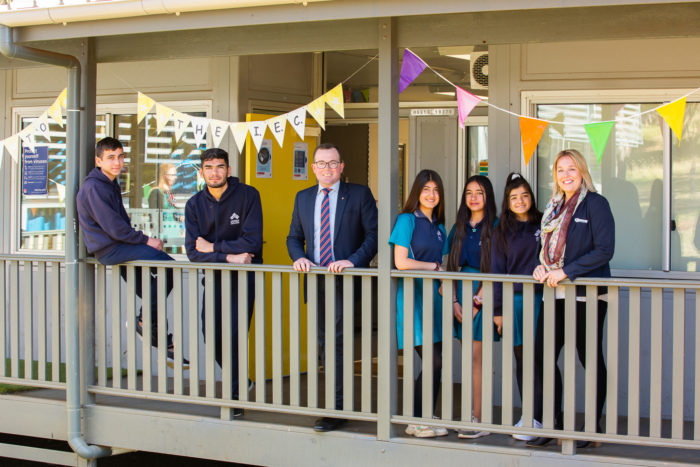 Mr Marshall said a specialised education facility for Ezidi and any other future refugee or migrant students would be included in the new $121 million Armidale Secondary College, which will open on the first day of school next year.

“This is another huge coup for education in our region and validation of the incredible work already being done by Sarah Mills and her team of 13 educators at Armidale Secondary College, who are teaching Ezidi students to speak, read and write the language.

“There are 14 Intensive English Centres and one Intensive English High School in NSW, all of which are based in Sydney and Wollongong, so for our region to have the first one in regional NSW is an enormous honour and responsibility.

“Having this new centre will not only support our existing Ezidi student population but support future migrants and help attract families to our region who are looking for extra English language support for their children.

“This new centre will only bolster Armidale Secondary College’s credentials as the premier secondary school in country NSW, when it opens at the beginning of next year.”

Mr Marshall said that after consultation with stakeholders, including the Department of Education’s Multicultural Education team and Armidale Principal’s Network, a preference was expressed for a demountable campus for the IEC, within the grounds of the new high school.

“The facility will comprise of 12 modern demountable buildings, all of which are currently located at the Duval campus and will be transferred during term Term 4 this year,” he said.

“Such a facility will allow parents and carers, with limited English, direct and easy access to their children and IEC resources such as the school administration manager and counsellor.”

Mr Marshall said the IEC would be play a major role in supporting Ezidi families to integrate into the community and any future migrant families who moved into the region.

“It can’t be over-stated how important this facility will be in providing opportunities for our newest community members to create new and fulfilling lives here in Armidale,” he said.

“By teaching younger Ezidis the foundations of English, the IEC will be the catalyst for positive inter-generational change within that community, supporting them to gain employment, maybe start a business or pursue further studies though TAFE or university.”