FIRST-EVER REGIONAL TOURISM TARGET FOR NSW A BOON FOR REGION 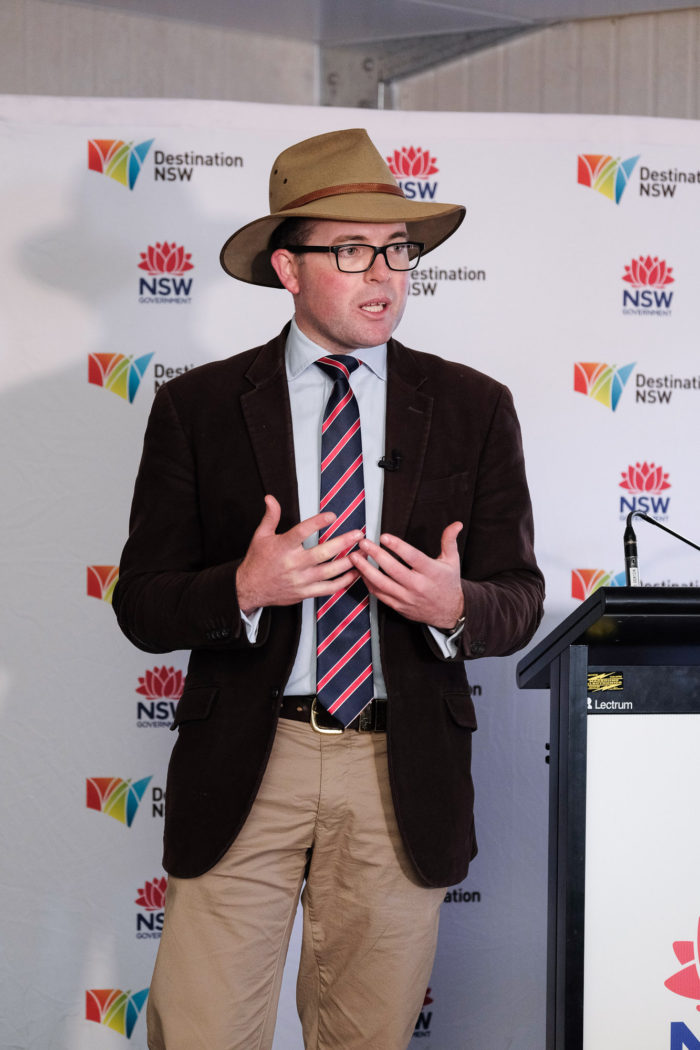 RURAL and regional NSW and the Northern Tablelands will get its fair share of the State’s rapidly growing tourism pie with the NSW Government yesterday unveiling the State’s first regional tourism target to double the current visitor spend.

Making the announcement at AgQuip in Gunnedah yesterday, Minister for Tourism and Major Events and Member for Northern Tablelands Adam Marshall said the Government would work with industry to reach an ambitious target of $20 billion in visitor expenditure in rural and regional NSW by 2025, rising to $25 billion by 2030.

“We’ve set the State’s first regional tourism target, so that every corner of NSW gets its fair share of the record tourist dollars and investment coming into our State,” Mr Marshall said.

“The tourism sector in NSW has never been stronger – we are by far the number one destination for domestic and international tourists by every measure.

“But our current State wide tourism target has Sydney as the heavy lifter getting us to number one. It’s now time to look beyond Sydney and do the work needed to turbocharge tourism in our rural and regional areas and double the current record levels of visitor expenditure.”

Mr Marshall said the regional target was about keeping tourist dollars in NSW for as long as possible instead of letting them disappear elsewhere.

“This is an ambitious target but one that is certainly achievable,” Mr Marshall said.

“We want international tourists flying into Sydney and heading out to rural and regional NSW, rather than flying to Melbourne or Brisbane.

“A tourism target for rural and regional NSW is our commitment to local operators, businesses, pubs, cafes and hotels – from the coast to the bush – that the NSW Government will ensure everyone gets a fair share of the State’s tourism boom.”

Mr Marshall said the establishment of the target was timely given the record visitor numbers the New England North West welcomed in the last 12 months.

“In the last year our region welcomed 1.6 million interstate and international visitors, who stayed a combined total of 5.8 million nights and spent almost $750 million while they were here,” he said.

“That was an increase of around eight per cent on the previous year and a record for our region.

“I want to see that grow even further to support our local business and our local economies.”

The regional target will be supported by a range of initiatives by the NSW Government to encourage greater visitation to rural and regional NSW.