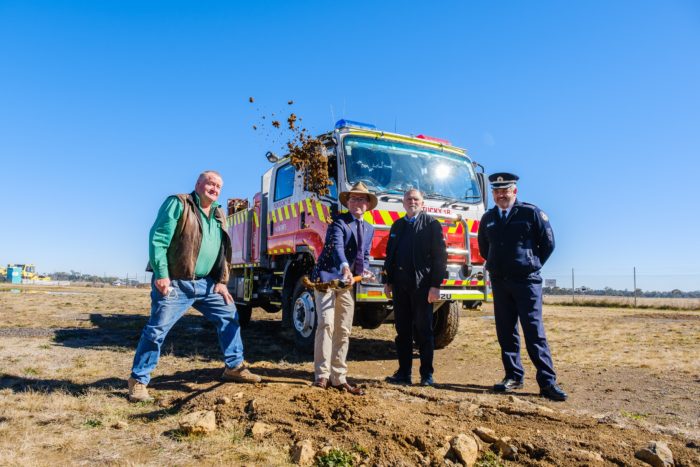 Mr Marshall said the long-awaited development would allow all firefighting co-ordination and management to move from its outdated facility on Mann Street and be consolidated at the airport.

“This is a very exciting project for our region and will bolster the ability of the NSW Rural Fire Service and other emergency services to respond to fires and keep us all safe,” Mr Marshall said.

“The new Fire Control Centre has been a long time in the making, but soon the New England RFS will have a state-of-the-art facility to manage all situations and all the firefighting resources will be located in the one place.

“Almost $2 million has already been invested by the State Government to get the co-location of the NSW RFS FCC, Aviation Airbase and Logistics Brigade airborne.

“With enough space to accommodate a full Incident Management Team of more than 10 people, the Armidale Airport FCC will be equipped with the very best digital mapping and communication capabilities.”

“This brand new, first class building will provide a tremendous boost to the 44 RFS brigades and more than 1,000 volunteers over 1.8 million hectares of land in the region.”

“We’re only here today because of the efforts of Steve Mepham – he’s almost single-handedly pushed this project along for years – now all his hard work has paid off,” Mr Marshall said.

Mr Marshall said the shortcomings of the existing Armidale FCC on Mann Street were highlighted during the 2019/2020 ‘Black Summer’ bushfire event.

“A lack of space and adequate technology meant that major fire response had to be coordinated from Glen Innes Fire Control Centre,” he said.

“This was in no way ideal when the majority of aerial firefighting operations were taking-off from Armidale Airport.

“The airport was also the arrival site for interstate support personnel, who then had to be transported 100 kilometres up the New England Highway to Glen Innes for deployment.

“While the Mann Street FCC has served the community for many years, with the increasing frequency and ferocity of bushfires it is too small and lacks the equipment to successfully manage significant blazes.

“The new FCC will eradicate these unnecessary and time-consuming logistical issues in future and facilitate the swift deployment of assets during major fire events.”