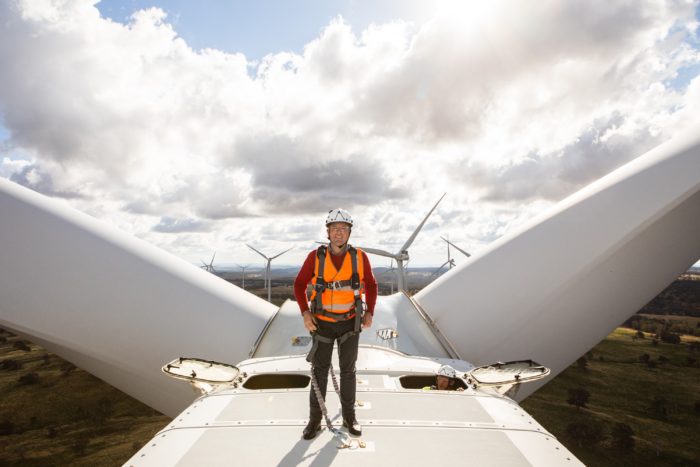 AUSTRALIA’S largest planned Renewable Energy Zone (REZ), the New England REZ, has been swamped with interest, with more than 80 projects offered up, delivering more than four times the amount of energy production sought for the region, according to Northern Tablelands MP Adam Marshall.

An excited Mr Marshall said the recent Registration of Interest (ROI) process had netted a much larger catch of potential projects than expected, with 81 potential projects put forward, generating a combined 34 gigawatts of energy each year – far exceeding the 8,000 megawatts the REZ is designed to hold.

Invoking the immortal words of John West, Mr Marshall said it would now be the project proposals the region rejected that would make the New England REZ the very best.

“With this high level of interest, we have the luxury of supporting only the best projects that benefit the community, maintain the highest and strictest development standards and maximise local renewable jobs and investment in the region,” Mr Marshall said.

“We won’t be compromising our standards and now we are in the box seat, so we can be even more discerning, which is great.

“It’s the projects that our region rejects that will makes our region the best – delivering projects which provide us with the enormous economic and social befits, without compromising any of our regions assets or amenity.”

Mr Marshall said the response shows huge investor confidence in the State’s Electricity Infrastructure Roadmap, with more than four times the level of interest needed to fully build the REZ.

“The New England REZ is expected to deliver around $10.7 billion in investment and around 830 operational jobs, as well as 1,250 construction jobs each year, he said.

“The overwhelming response shows this is a once in a generation opportunity to attract enormous investment into our area.

“By co-ordinating REZ development in a strategic way, we can control our own destiny, making sure the projects we host work for our community, not just developers.”

The 2021-22 NSW Budget allocated $380 million to deliver the State’s landmark Electricity Infrastructure Roadmap which builds on the $79 million the NSW Government has already committed to deliver the New England REZ.

It will take a number of years to plan and deliver the New England REZ, in close consultation with communities, project proponents and market bodies.

The ROI is the first step in engaging industry and project proponents as planning for the New England REZ progresses. The Energy Corporation of NSW (EnergyCo) will use the information to inform the next stage of REZ design.

EnergyCo will continue engagement with local stakeholders, including landholders, First Nations and other regional representatives, through the New England REZ Regional Reference Group. Their first meeting was held in April and reconvened again this week.

Participation in the REZ will ultimately be determined through a competitive tender process. EnergyCo is now analysing the data to inform the next steps of REZ development. Work is now underway to run the first auctions for renewable energy projects across NSW in 2022.