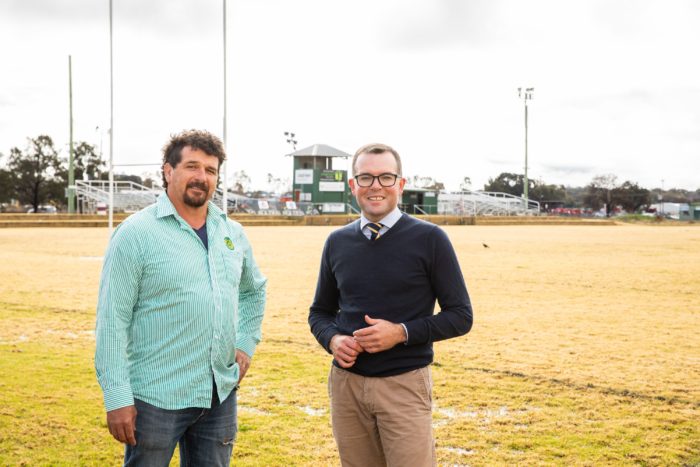 INVERELL Junior Rugby Union is hitting the road and taking on Friday night footy, thanks to a $5,000 State Government grant to subsidise travel for players, announced today by Member for Northern Tablelands Adam Marshall.

“The opportunities for competitive junior rugby union, outside of school, are quite limited in our region,” Mr Marshall said.

“Inverell Rugby Club is experiencing a boom in its junior membership and has recognised that finding regular matches is key to maintaining player interest.

“It is a huge commitment for families to travel three hours return on a Friday night to play sport, which is why the club will hire a bus to transport players and coaches safely to and from Inverell.

“I applaud the effort Inverell Rugby Club is making to improve access to the sport for its players, while also successfully creating pathways into the senior Highlander ranks as players mature.”

Inverell Rugby Club committee member Andrew Walsh said more than 70 players, in both girls and boys, would benefit from the travel program.

“With teams raring to play in the under 14/16/18 girls and boys, we have a huge player base which we need to find matches for,” Mr Walsh said.

“To get regular high-quality game time means travel, unfortunately the closest competition of this nature is in Tamworth.

“Hiring a bus will remove the high cost of fuel as a barrier for players attending games and will also give parents peace-of-mind that their children are together and safe while in transit.

“We will be utilising local bus companies and intend to share the workload over what is left of the 2022 season, finals and the beginning of next season.

“The club would like to once again thank Adam and the State Government for this assistance and recognise the hard work done by club volunteers.”