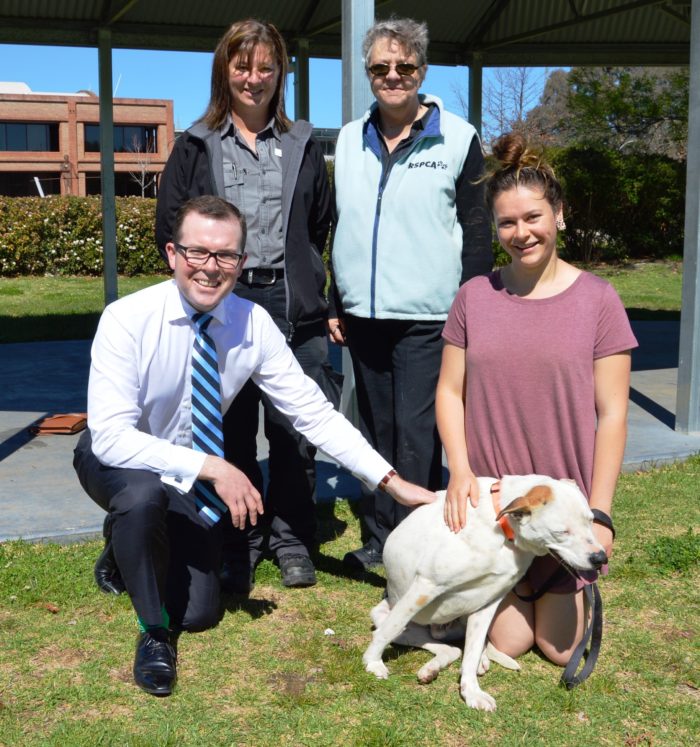 MEMBER for Northern Tablelands Adam Marshall today announced Armidale Regional Council would receive a grant of $15,000 from the NSW Government to promote responsible pet ownership in the local community.

“This 12-month project will be conducted in collaboration with the RSPCA NSW Armidale branch,” Mr Marshall said.

“It will involve the fostering and rehoming of microchipped, wormed, vaccinated and de-sexed cats and dogs; free microchipping and community education days, in off-leash areas and areas with high numbers of un-microchipped animals.

“The RSPCA will also offer free microchipping on their Adopt-a-Pet Day and council will have offer a six month subsidised de-sexing campaign.

Mr Marshall said one of the immediate benefits from the program would be the reuniting of lost and straying pets with their registered owners.

“There will be fewer unwanted animals on the streets which will lead to improved community safety and fewer neighbour disputes about nuisance animals and the education programs will create greater community awareness of responsible pet ownership,” he said.

The NSW Government introduced the Responsible Pet Ownership Grants scheme in 2014 to target programs that will increase microchipping, lifetime registration and de-sexing rates.

Mr Marshall said the government was committed to improving the positive benefits of pet ownership while strengthening safety and education in local neighbourhoods.

“Pet dogs and cats are important family members of many households across our region and it is vital that we are supporting our communities promote responsible pet ownership,” he said.