FUNDING FOR CAMERA TO STAND GUARD AT INVERELL WAR MEMORIAL 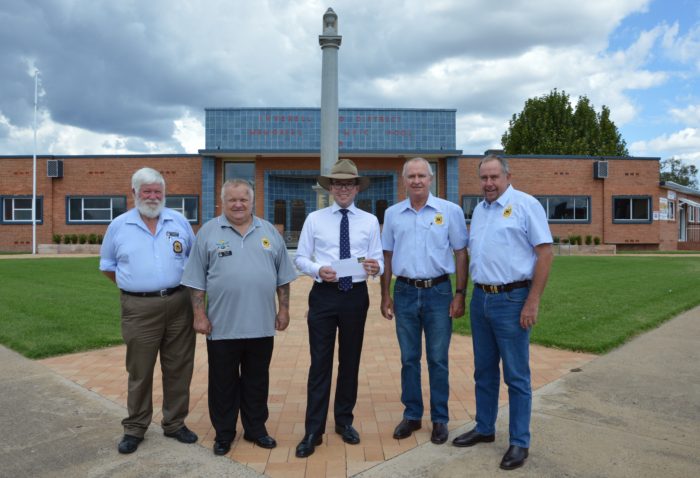 Mr Marshall said the funding would be supplemented by $1,000 from the sub-branch to install a fixed camera on the front of the Inverell pool complex overlooking the cenotaph and war memorials.

He said the state-of-the-art camera would have a 180-degree field of vision, infrared technology for night recording and be in operation 24 hours, seven days a week.

“This is the third consecutive grant the Inverell RSL has received from this fund, which has allowed the sub-branch and Inverell Shire Council to dramatically improve the existing cenotaph, the surrounding paving and honour boards,” Mr Marshall said.

“After investing more than $30,000 and countless volunteer hours into enhancing the memorial and cenotaph the RSL members want to take all reasonable steps to help safeguard the area.

“Sadly, there have been a few incidents occur at the memorial during the last 12 months which triggered the RSL to make an approach to the government for some funding the install a CCTV camera.

“I was more than happy to go into bat again for the sub-branch and am very pleased to to be successful and announce this funding.”

Mr Marshall said he hoped the installation of the camera would deter those in the community thinking about defacing the memorial.

“To in anyway deface or interfere with a war memorial displays a complete lack of respect and is simply a low act,” he said.

“I hope the installation of this camera causes people who might want to deface the cenotaph to think again because if they do they will be caught on camera and tracked down.

“I congratulate the RSL sub-branch on their proactive approach yet again to preserving and honouring the memories and legacy of those from the local district who made the ultimate sacrifice for our country in times of war.”