FUNDING FOR MOREE DISABILITY SERVICE PROVIDERS TO GET NDIS-READY 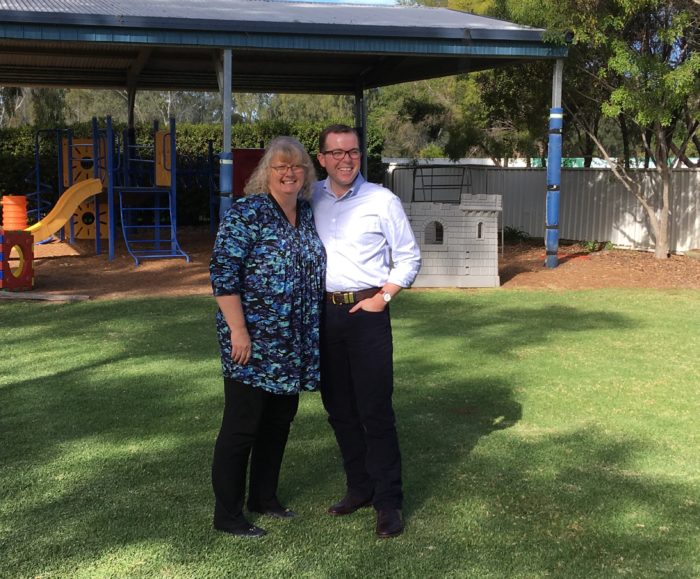 THE imminent shift to a new system that will allow people with a disability to ‘comparison shop’ among service providers is being supported in Moree with almost $67,000 in transition funding from the State Government announced for two local service providers.

Northern Tablelands MP Adam Marshall was in Moree yesterday to announce that Moree & District Early Childhood Intervention Service had secured $35,000 and Moree Aged and Disability Services had an extra $31,800 to help their transition to the new National Disability Insurance Scheme (NDIS).

“The NDIS is a once-in-a-generation reform that will be particularly relevant to people with a disability living in rural areas,” Mr Marshall said.

“The NSW Government’s Transition Assistance Program (TAP) is providing $4 million in grant funding to help providers in regional and remote NSW get ready for the NDIS by upgrading business plans or purchasing software.

“I’m delighted that these two valuable services in Moree have been well supported. Organisations like these are the bedrock of our regional communities and we need them to flourish under the new federal scheme.”

Mrs Hamilton was “over the moon” with news of the funding, which she said would be used to upgrade technology and software as well as developing marketing avenues with a webpage and Facebook.

“We are going to be using the money for a variety of things, including putting technology in place to make our interaction with the NDIA that much easier,” Mrs Hamilton said.

“It’s going to be a huge help to our small organisation.”

Since 2011, the State Government has invested more than $30 million in sector and workforce development to prepare for the NDIS. More than 94 per cent of Department of Family and Community Services (FACS) funded disability organisations have accessed support funded through the Industry Development Fund.

In this round, six disability service providers in the Northern Tablelands have shared in more than $200,000 to help them prepare for the future.