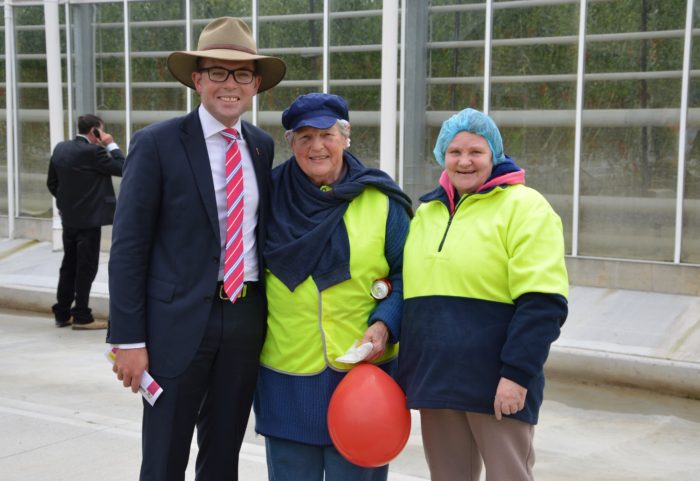 GUYRA and surrounding communities have more job prospects on their doorstep as one of the largest tomato greenhouse facilities in the Southern Hemisphere has expanded and created more than 170 new jobs.

“Opening this new glasshouse will see a major boost to our region’s economy and has seen the creation of more local jobs thanks to the $60 million expansion to the Costa glasshouses,” Mr Marshall said.

“The State Government has funded the roadworks and the construction of the new entrance from the New England Highway to location of the new glasshouses, providing easier and safer access to the site.”

Minister for Regional Development, Skills and Small Business John Barilaro is pleased that the NSW Government is able to support businesses through investment and Costa is a great example of how regional businesses can diversify and thrive.

“Costa is a major Australian grower, packer and marketer of fresh produce and supplies to Australian supermarkets and wholesale markets, as well as exporting to Asia, North America and Europe,” Mr Barilaro said.

“Support from the NSW Government has ensured that many of the tomatoes and other fresh foods that Costa supplies to Australian supermarkets will come from Guyra, ensuring jobs are created and retained to produce wider economic benefits for the surrounding community.

“The NSW Government’s support for Costa is just one example of the ongoing commitment we have to business and the growing regional NSW economy.”

Costa Group’s operations at Guyra now employ over 500 people and produce around 14.5 million kilograms of tomatoes each year.