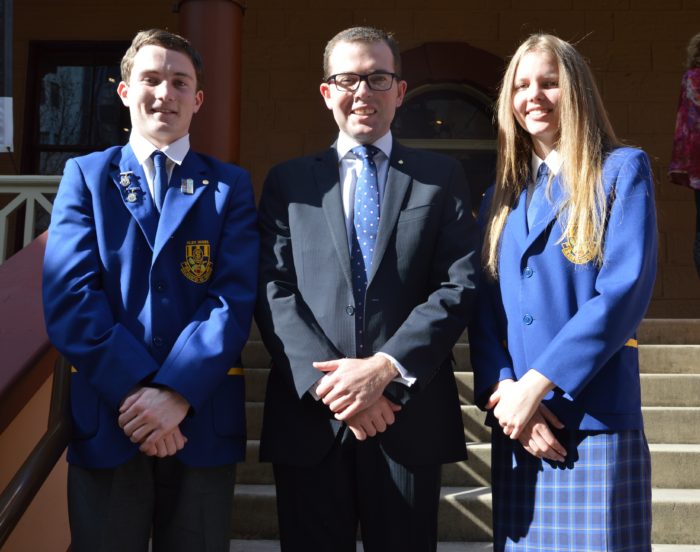 GLEN Innes High School’s student leaders got a taste for NSW politics yesterday during a tour of the oldest Parliament in Australia.

“Hannah and Patrick were exceptional ambassadors for their school and it was a pleasure to have them in Parliament and personally welcome and mention them in a debate on the floor of Parliament while they were in the public gallery.”

“It was wonderful to meet up again with Hannah and Patrick and I hope they enjoyed their time visiting the ‘people’s parliament’ learning about parliamentary proceedings.”